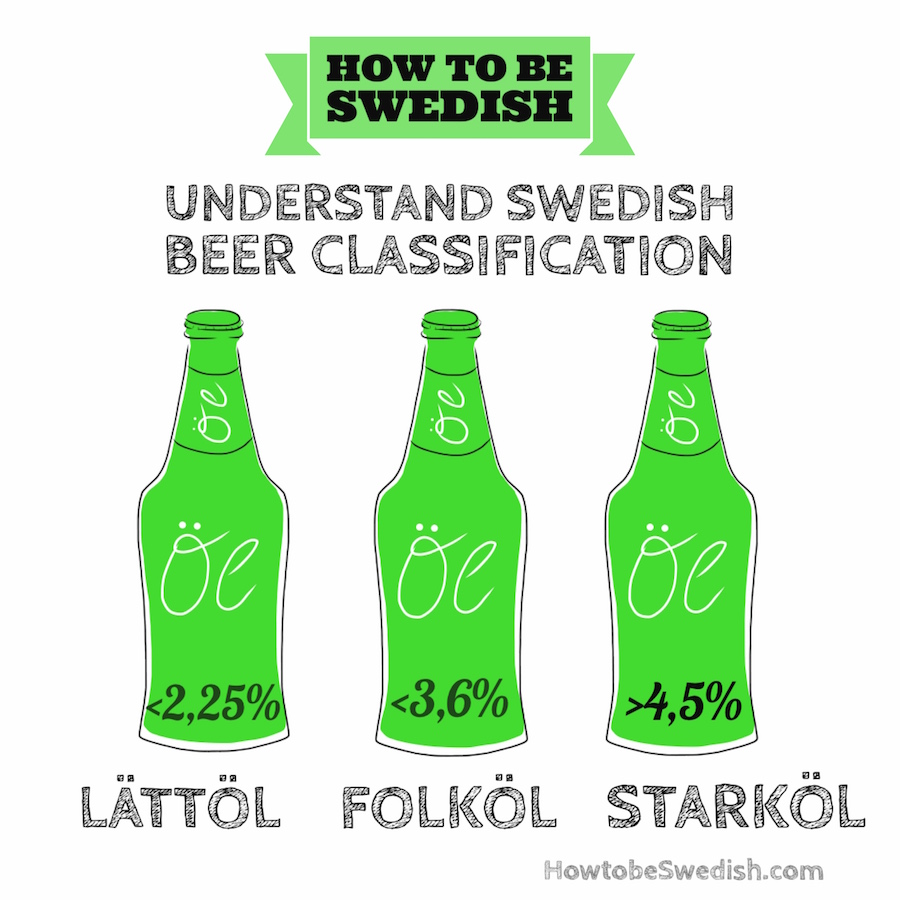 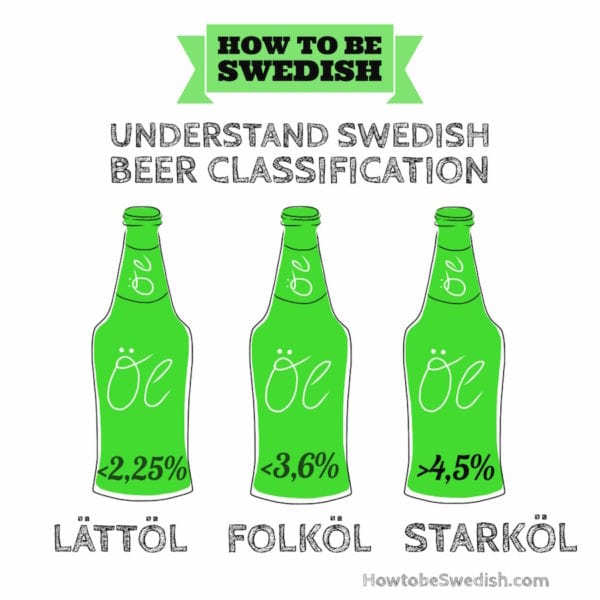 Swedes not only drink vodka or filmjölk. Here and there they also like to have a bottle of beer. Preferably from a Swedish brand.

Since Swedes are very alcohol conscious, for example they try not to drink during the week, they came up with three different classifications of beer, sorted by the percentage of alcohol they contain. Less alcohol, means beer connoisseurs can drink more beer without getting too drunk too quickly. Or, saying with the words of a Swede, you know which beer to drink to get drunk faster.

You should know about these classifications, because you don't want to show up at a pre-party inviting your friends for a can of lättöl (light beer), thinking ‘since it's the same brand and can-design, it must be the same beer'. It's time to have a closer look at the label of the bottle.

Beer is divided into three classes in Sweden. Those classes also determin age restrictions for purchases.

For both classes, I and II, they buyer must be at least 18 years old.

How to buy beer in Sweden

Class I and II can be purchased in ordinary supermarkets. Class III, Mellanöl and Starköl, can only be purchased either in Systembolaget or in bars and restaurants with a special license for alcohol sales.

If you feel really manly you should go to a pub and order a “stor stark”. Which means a “big strong”. This will underline your masculinity in a way everyone understands who can you order.

If you don't like beer, you can drink Cider instead. More refreshing, more sweet, less manly. In gender-equal Sweden you don't have to bother about those things too much though.

How to order a beer in Sweden

All ‘How to be Swedish' steps