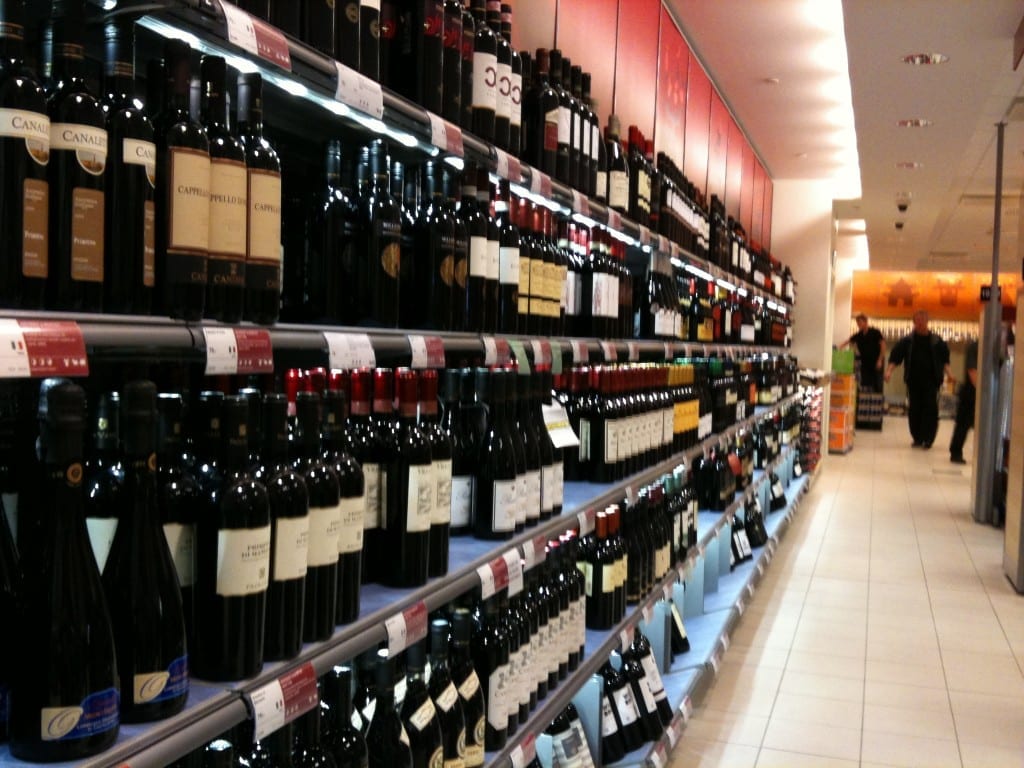 Sweden is not only known for IKEA, ABBA and Volvo but also for its high alcohol prices. Why does alcohol cost so much in Sweden and what do Swedes generally think about the consumption of alcohol? In short, the Swedes have their own, ambivalent relationship to alcohol. Below you can read about the role of alcohol in Sweden, how much it costs, where to buy it, alcohol law and typical drinking behavior in Sweden.

Prices for alcohol: Sweden vs. Germany

The difference between for example the German and the Swedish prices for alcohol can be immense. 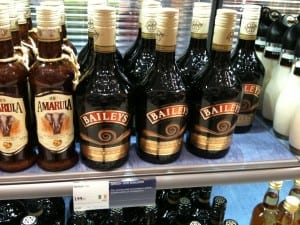 Because the alcohol is so expensive in Sweden , it doesn't surprise that the people use to import it from other countries. 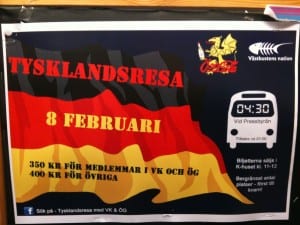 Sweden's south-western neighbor, Denmark, for example offers cheaper drinks – but yet alcohol still costs more in Denmark than in Germany. About 50% of the privately imported alcohol comes from Germany. The price difference is considered as high enough that many Swedes find it worth the effort of going by car or bus, crossing the Öresund-bridge to Danmark and finally going to the German town Puttgarden by ferry, only to reach one of the many liqueur stores just behind the border which are specialised for Scandinavian “alcohol-tourists”. Those stores charge usually a little more than the local supermarkets for the beverages – but Swedes obviously don't mind when they are in their gold-/alcohol-rush.

Tip for Swedes: So if you are a Swede and want to buy cheap alcohol in Germany – drive a little further into the villages and town to find one of the local supermarkets like ALDI, LIDL, Plus, Penny etc. These alcohol trips are so popular that student organisations at universities in the south of Sweden offer bus trips to German bordershops. If you ever went with the ferry from Germany to Denmark or directly to Sweden, you might have noticed a unusually large amount of Volvo V70 station wagons, with the rear wheels disappearing behind the wheel arches; the luggage space – with the down-folded rear seats – fully stuffed with beer pallets, wine boxes and liqueur bottles. In short, Swedes on their way home after a “Germany-trip”. So if you ever wondered why so many Swedes favor these roomy station wagons – now you know why.

How to buy alcohol in Sweden – Welcome to Systembolaget! 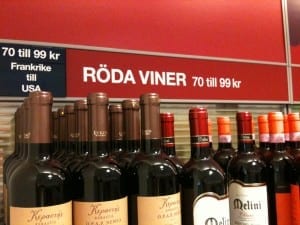 Systembolaget is the Swedish state owned monopoly for all alcoholic drinks with more than 3,5 percent of alcohol. Sure you can get your glas of wine or vodka in local pub but you are not allowed to take alcoholic beverages away from any of these places. Beer (folköl) an cider that contains less than 3,5% percent of alcohol can be sold in supermarkets and gas stations as well.

If you are in Sweden, invited over for dinner at a friend's place and want to buy a bottle of wine, on a Saturday afternoon – bad luck! Systembolaget usually closes around 3 p.m. on Saturdays and is closed all Sunday. Which is why you can see many Swedes pilgrimage to their local store on Friday afternoons to buy ahead for the weekend.

Legal age to buy and drink alcohol in Sweden

Sweden is very strict when it comes to access of alcohol. One has to be age 18 to be allowed to drink any alcohol. To buy beer or wine in a restaurant, pub or night club in Sweden one has to be 18, too; same if you want buy low percentage beer/cider (<3.5%) in supermarkets.

To buy alcohol in Systembolaget one has to be age 20. 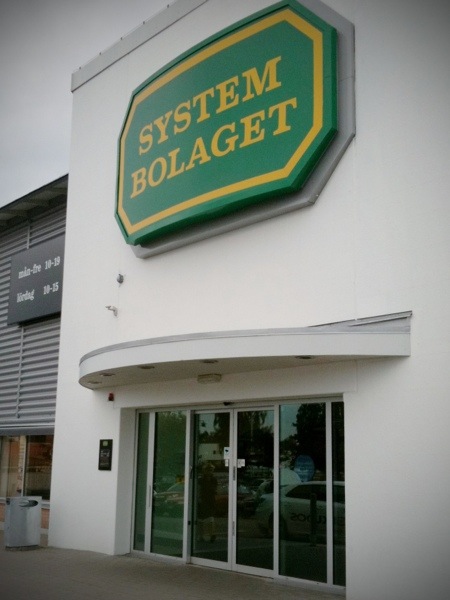 When you go shopping at Systembolaget it is very usual that the cashier requests to have a look at your ID to verify your age – unless you look older than, say, thirty. The cashiers have to check everyones' ID if they believe that a customer could possibly be age 25 or lower. So, yes, if you're older than that and you get asked to show your ID, you may take it as a compliment.

In most Swedish municipalities it is forbidden to drink alcohol in public. Getting caught doing so means having to pay a fine, 500 SEK (ca. 50 Euro) . But in many cases the police simply confiscates the drink and pours it out.

If you want to drive a car, be aware that the legal blood alcohol limit in Sweden is 0,2 per mill (Swedens' alcohol law, alkohollag). If you have 0,3 or more, the police will take your drivers license for up to one year. Getting caught with 1,0 or more, and you might probably be jailed. (Vägverket)

Driving car after drinking alcohol – even when you drank only one glass of beer – is condemned by many Swedes. When you meet your Swedish friends for a dinner in a restaurant and you want to offer them a drive home, make sure that you haven't been drinking anything at all, otherwise they may feel great discomfort.

Swedes have different patterns when it comes to consumption of alcohol than, say, Germans have. During the week, or the days before work, it is rather uncommon in Sweden to drink a glass of wine or bottle of beer in the evening.

From Monday to Thursday two-third of the population are completely abstinent from any alcohol (SCB). If you drink alcohol during these days, even if it is just a glass of wine, you might get critical looks from your friends. Some might even assume that you are in danger of becoming an alcoholic. But the amounts of drinks that the Swedes stay away from during the week is quickly compensated by drinking higher quantities during the weekend.

To see very drunk people on a Friday or Saturday night on the streets of the inner cities, in front of the pubs is very common. Particularly at closing hour – around 2/3 a.m. – when most pubs have to close, people stumble out of the pubs on their way to the nearest bus stop or taxi.

Many Swedes feel the pressure of having to drink alcohol to be able to go out, be social and party. They consider party = drinking. Going to a Swedish night club without being at least a little tipsy is almost unimaginable for many Swedes.

Party like a Swede – a typical party evening (60 steps)

If you stand at a bar and order a soda on a weekend you might get comments from people around you asking “Are you going by car?“. To get in the right mood Swedes meet at pre-parties with friends, also because this is a much cheaper way to get drunk than buying expensive drinks in the Swedish bars and clubs.

The concept of having a “white week” or “-month”, which means being abstinent from alcohol for certain period of time, is widely spread in Sweden.

Many Swedes consider the regulation of access to alcohol through Systembolaget as necessary, because otherwise they expect that even more people become alcoholics. About 4,4% of the Swedish population has an alcohol-related disease or addiction. Which is why the Swedish state tries to reduce and limit the consumption, not least through high prices in Systembolaget or tax. Researchers believe that opening the alcohol market for private businesses could possibly lead to an increase of alcohol consumption of about 30%.

Drink (alcohol) like a Sweden – more about Swedish drinking habits

The Swedes and their ambivalent relationship to alcohol

To sum things up, Swedes have an ambivalent relationship to alcohol and drinking. They often drink either nothing at all or a lot. Alcohol and drinking is a big topic in the Swedish society. On one hand Swedes glorify it for “letting them become who they really are” (as the slogan of a popular Swedish beer brand claims) – which means it helps them temporarily getting rid of their shyness and letting them overcome their daily life social distance, bringing them closer together – on the other hand they are very afraid of alcoholism and all the drawbacks that come along with excessive alcohol consumption.

23 thoughts on “The Swedes and Alcohol: About Drinking in Sweden (Culture, Law, Prices, Alcoholism)”