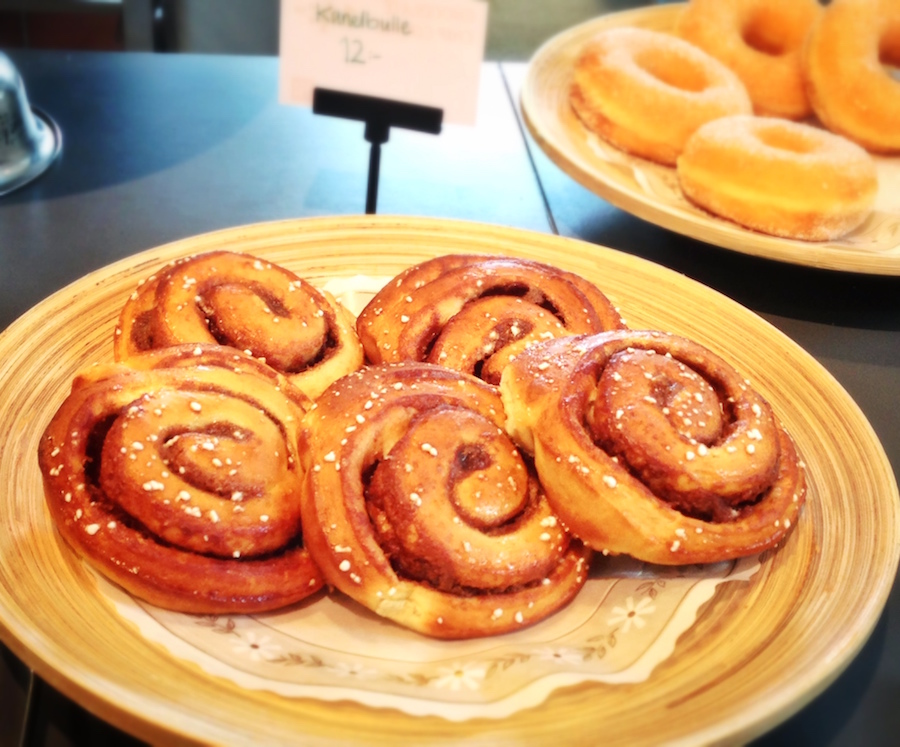 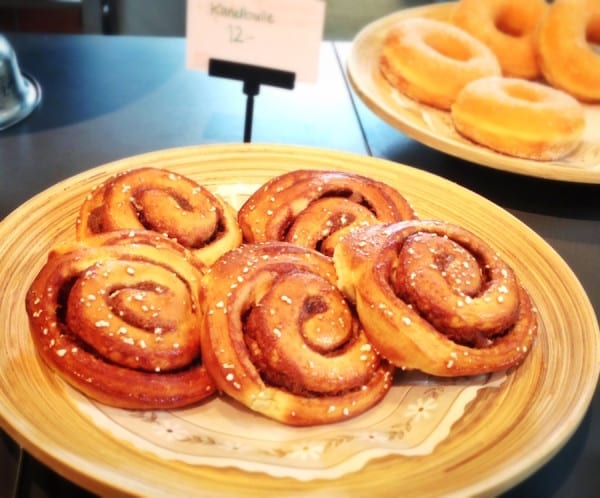 When you have a coffee break in Sweden, during work or leisure time, chances are high your Swedish colleague or friend will eat a kanelbulle, cinnamon bun. Also known as cinnamon roll or cinnamon snail. You find the original Swedish recipe for cinnamon buns further below.

Cinnamon buns are the classic pastry you will find in any Swedish café or pastry shop. Even in Swedish supermarkets you can either get fresh or frozen cinnamon buns.

Basically, their main ingredients are flour, cinnamon, sugar, and butter and, on top, a pearl sugar icing.

Swedes really love their kanelbullar. So much, they decided to dedicate a whole day to its existence. Now they celebrate cinnamon rolls every year on the 4th October, since 1999. You can find shopping window decorations and special offers in café windows, telling you it's “kanelbullens dag“, cinnamon bun day.

If you are in a café that day to have a fika (Swedish for “having a coffee break”), you simply have to eat one. Refusing an invitation to eat one and instead choosing a princess cake or chocolate ball, might be considered as culturally offending ;)

They are perfect if you are just a little hungry and yet want to eat something sweet. But try to eat them without leaving some pearl sugar in the corner of your mouth – almost impossible.

How to order cinnamon buns in Swedish

Next time you're in a Swedish café and want to have a cinnamon bun, why not trying to order it in Swedish? Here is what you should say:

Ever eaten classic cinnamon rolls in Sweden? To have a similar experience back home, here is how to make Swedish cinnamon in your own kitchen, with this original recipe from Sweden. 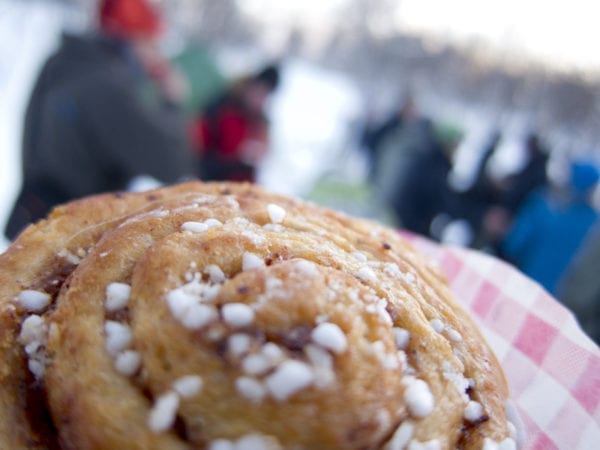 Crumble the yeast in a bowl.
Stir it in a few tablespoons of milk.
Melt the butter. Pour the milk on it.
Add the rest of the ingredients. Knead the dough (if available in a dough mixer for 10–15 minutes).
Cover dough and let it rise at room temperature for 30 minutes.

Roll out the dough so it is about 3 mm / 1/8 in thick and 30 cm / 12 in wide.
Spread the room-temperature butter on top.
Mix sugar and cinnamon. Sprinkle it over the dough.
Roll the dough the long way and cut it into roughly 25 slices.
Place them with the cut edge upward in paper molds.
Place on a baking sheet and let rise under a towel for about 60 minutes or until the buns have doubled in size.

Beat together the egg and water. Brush the mixture carefully on the buns.
Sprinkle pearl sugar on top of the buns.
Bake in the oven 220°C / 425°F for 5–6 minutes.
Cool on a rack.