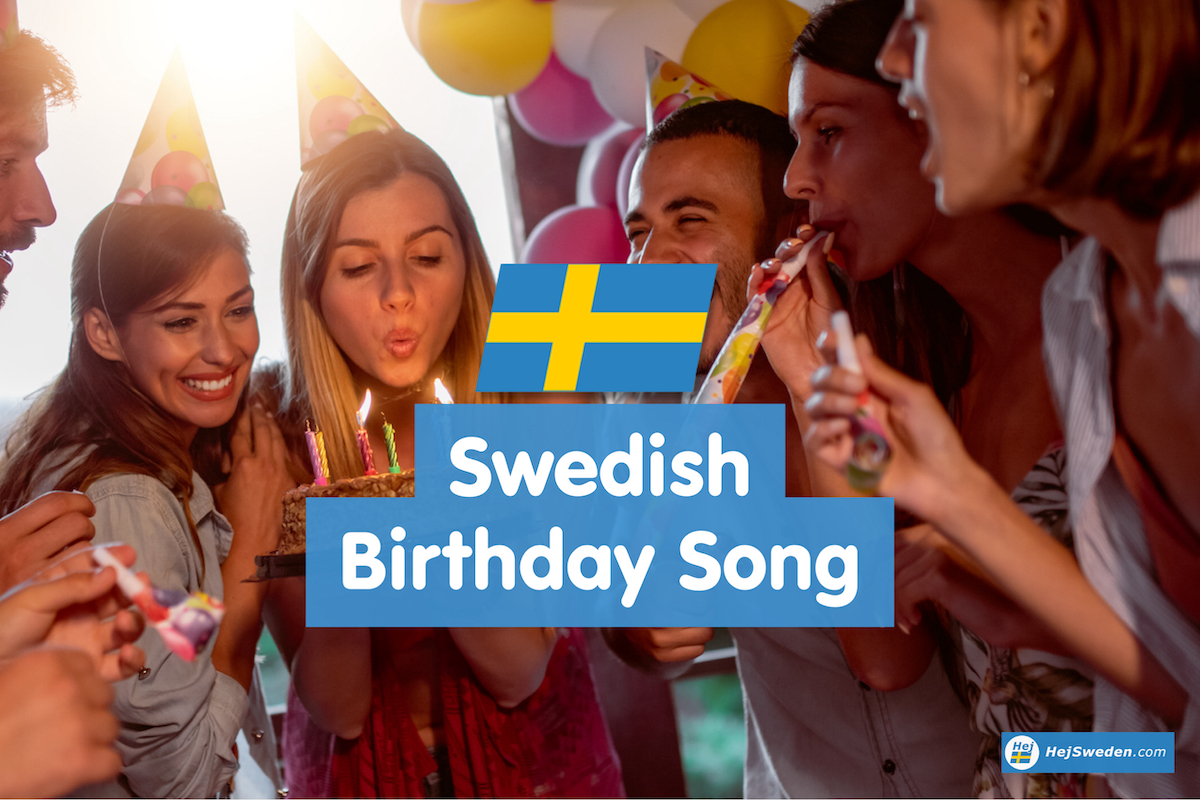 Once a year Swedes celebrate their birthday. If you, as a new-Swede or Sweden visitor, ever consider celebrating your birthday, in the presence of other Swedes, there is something I need to warn you about…

Not only that it's YOU who has to prepare the food and plan the whole event (well at least everyone will bring their own alcoholic drinks), you might risk being exposed to the Swedish birthday song in full length with that extra “hurra-thingy” in the end.

At these kinds of occasions, Swedes tend to sing their birthday song (lyrics below). That can't be too bad, you might think. But behold. During the first minute of the song, you might even be surprised by the pleasant melody, and the solid singing skills of your Swedish friends. But then, towards the end, make yourself ready to experience an unexpected turn. Pop in your earplugs and hold your ears covered as soon as one of you guests starts shouting “Ett fyrfaldigt han/hon leve …“. This is the introduction to a eardrum erupting “Hurra! Hurra! Hurra! Hurra!“.

Pretend not to be shocked, just smile and say “Tack!”. Then go to the bathroom and remove your earplugs.

Basic Swedish phrases for your trip to Sweden

Depending on the time of the evening, and thereby the amount of alcohol intake, the volume of this song and hurra-shouting may increase exponentially. It'll be the moment all your neighbors will know it's your birthday. And that you didn't invite them. Which is just fine in Sweden, they rather watch “Melodifestivalen” anyways.

So, to know when to cover your ears, or shout at your friends' on their birthday, learn the Swedish happy birthday song! Here are the lyrics:

Here how a Swede would sing and pronounce it, but without the “HURRA… ” in the end:

More about Sweden and Swedish traditions