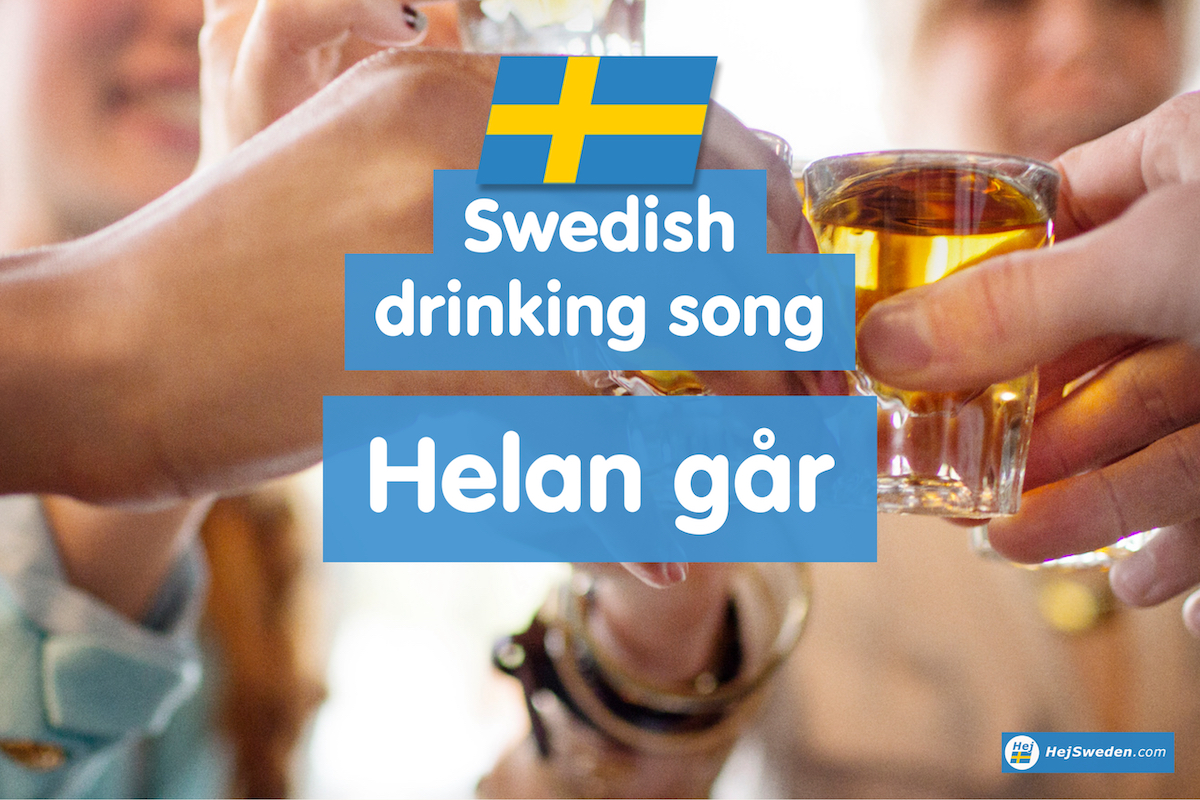 Are you going to a Swedish party, maybe a kräftskiva (crayfish party) or midsummer celebration? You might want to get prepared by learning the lyrics of the Swedes' most popular drinking song: Helan går.

Maybe you are at the party right now and you have googled the lyrics to quickly be able to sing along… Well, I won't distract you with any unnecessary information about the song's history, since you can read it on Wikipedia. here are the lyrics to learn by heart:

Swedish songs and lyrics in English and Swedish

Here is how Swedish actress Malin Åkerman sings Helan Går. (A little bit fast maybe and she leaves out the last lines.)

More about parties and traditions in Sweden

Which is your favourite Swedish drinking song? Leave a comment below!