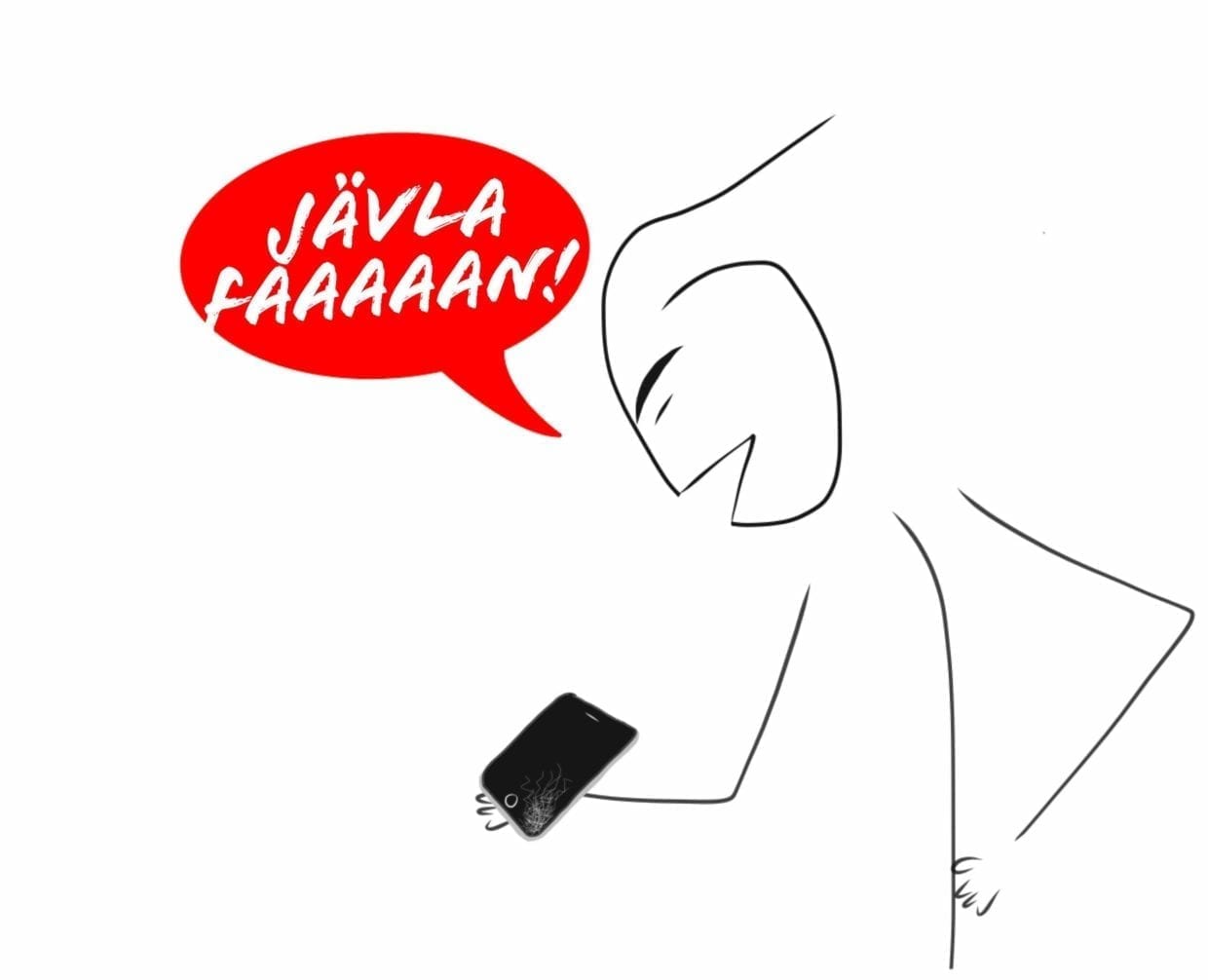 Swedes usually don't show when they are angry. At least not as much as people from other countries – like for example Italy, Germany or the USA. But when a certain level of anger is reached even Swedes can't hold back and express their disliking with colorful language. Here is a list of popular Swedish swear words.

How to Learn Swedish in 10 Easy Ways

When you go to a Swedish pub and ask Swedes to teach you some Swedish words, I guess at least a few of the following ones will be among the first they will teach you…

A “nice” swear word you could say without feeling any guilt: sjutton – seventeen. This word is so nice and cute that you only say it if you have small children around you.

Don't say these words in public

I'm not really sure whether I should write the more explicit Swedish swear words here. (Don't want to offend anyone.) Yet, since these words are rather often used by Swedes – particularly when they are very, very angry – I guess I have to complete the list with them. Ok, here they are. The words for the female and male genital parts that you better never use in public or when you meet your Swedish girl- or boyfriend's parents.

You can also turn a “skit” into something positive if you combine it with a positive adjective, like snygg (pretty) – so something can be skitsnygg – shit pretty.

Maybe you have heard about PewDiePie – the Swede with the most successful personal YouTube channel. He also published his list of common Swedish swear words. Here the video:

More useful information about this topic