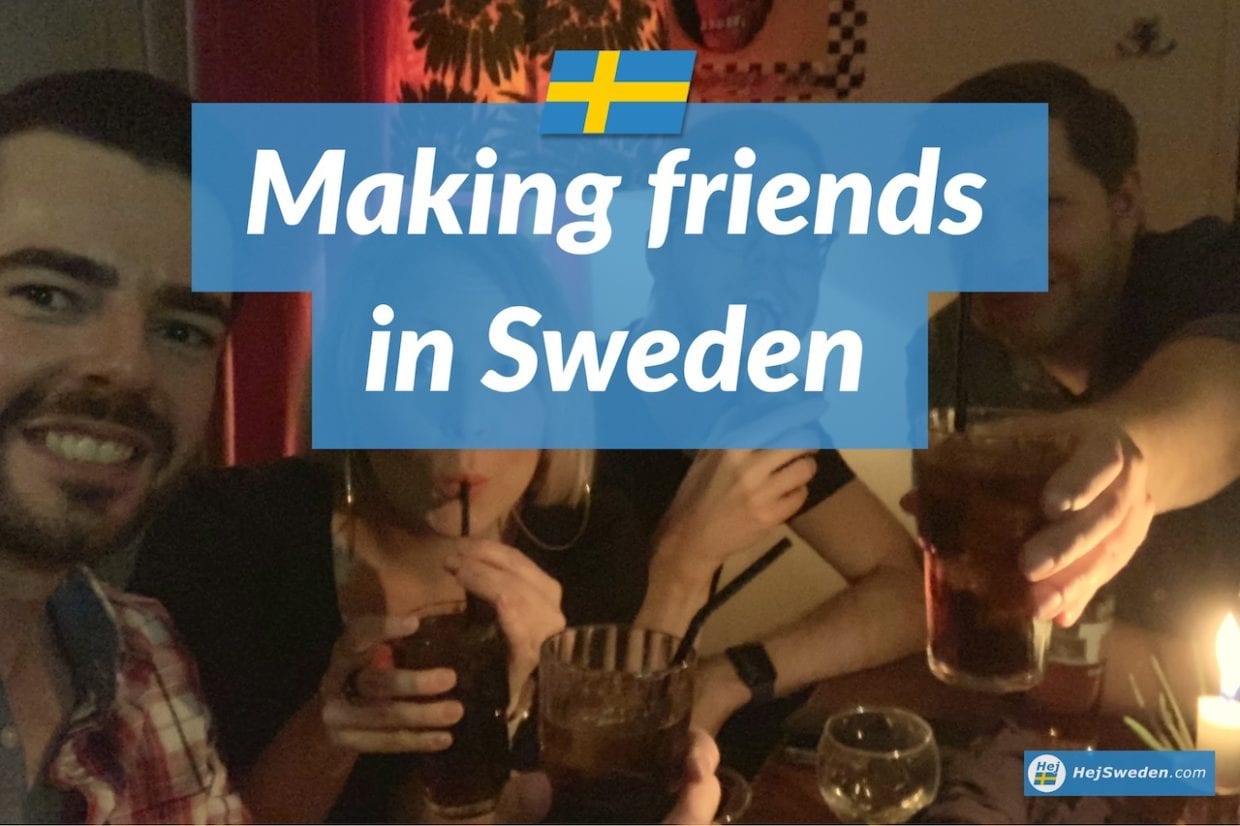 According to some polls, Sweden is the worst country to make new friends. And yes, Swedes can seem a little reserved or even cold. But once you understand their culture and social norms it becomes much easier to connect and make friends with Swedes. Let me share some tips with you!

When you come to Sweden, you will notice that Swedes are over all nice and friendly. But does friendliness mean Swedes are also easy to make friends with?

After spending more than a decade in Sweden, I learned a couple of unwritten rules and cultural norms one should bear in mind when communicating with Swedes. I have been in numerous conversations where I noticed “Well, this didn't go too well”, or “The other person is confused by the way I express myself”. In this post, I want to show you how and where you can easily meet Swedish people and what you should consider during your first conversations or interactions. Let's make friends with Swedes!

How to make friends with Swedes

Be aware of cultural differences

Something that is considered normal in your home country can be perceived as rather weird in Sweden. Be aware that different cultural norms and unwritten rules exist, and that some can be difficult to detect. It takes time to observe and learn the social codes and norms that prevail in Sweden.

For example, it takes a while until you understand whether a person is just polite when they say “let's have a fika soon!” or whether they actually mean it. Some say it just because it sounds friendly in the moment.

Be open to adjust

Be aware you might have to adapt some cultural behaviours in order to be welcomed. For example, in my old country, Germany, it is very common that people bond by complaining passionately about something that isn't perfect. When talking to a new person in Sweden, the only thing you should complain about is the weather. ;)

Meet Swedes who are more open to internationals

It's easier to connect with people who already have been abroad or where a family member or maybe a parent comes from another country. Those who already have an international background or been abroad for some time (for studies, work or long travel) have usually experienced cultural differences and pitfalls themselves and can relate to your experience being abroad. These people also tend to be more curious about getting to know new cultures and new people.

Find places where Swedes want to interact with you and maybe find out about your culture or language. For example, if you’re Spanish, join a Salsa class. If you’re French, go to a wine tasting. If you’re British, well, go to a pub.

How I made friends in Sweden

Bonding over a drink

The best way to make friends with a Swede is to get to know them when they are slightly drunk or abroad.
If you meet a meet a Swede who is drunk and abroad – their talkativeness reaches unexpected dimensions.
At a company Christmas party, when everyone tends to get a little tipsy, Swedes bond more with each other than during all rest of year.

To make friends in Sweden you need a lot of patience … or alcohol.

Things you should avoid when you get to know a Swede:

In order to make friends with Swedes it might take more time to get through their hard outer shell. But once you’ve managed, you might have found a friend for life.

Did you find this article useful? Please share it with your friends! Old and new ones ;)