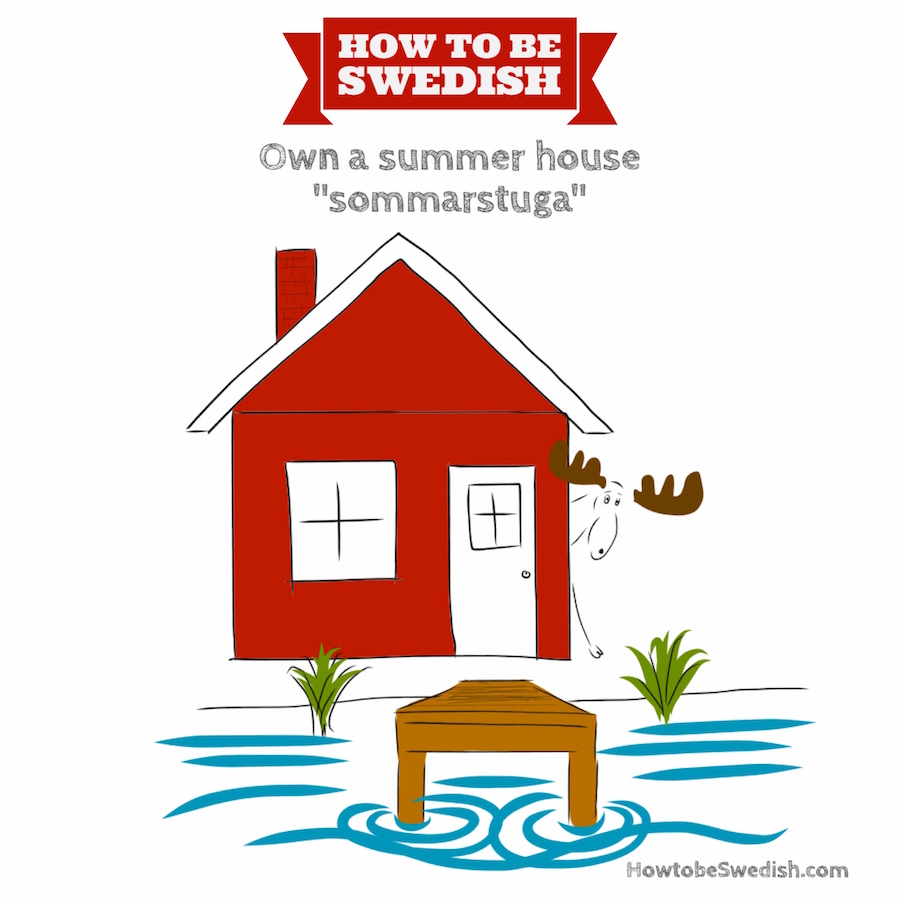 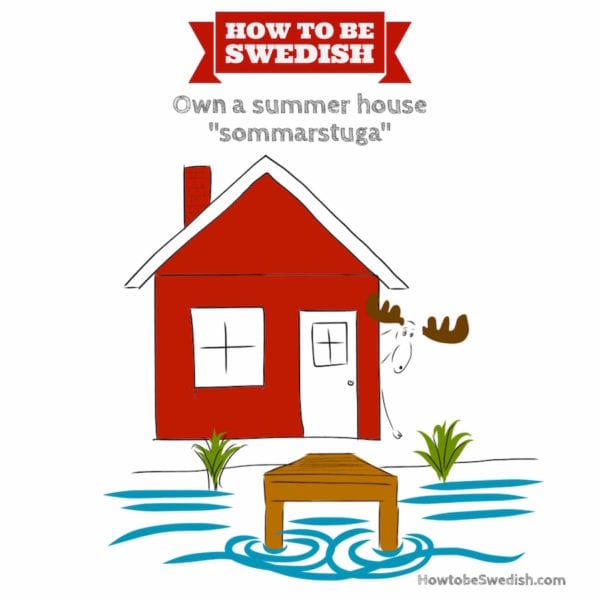 If you ever received a postcard from Sweden, it most likely showed a beautiful landscape, with fields or forests, a lake and eventually, somewhere below a Swedish flag, a red cottage house.

Those red houses are not only placed on postcards, making you believe they are everywhere in Sweden – these houses really ARE everywhere. Well, of course not in the center of big cities. But you will certainly see one of those houses every few minutes when you drive along country road. So don't rush taking a picture when you pass the first “real Sweden house”.

When I came to Sweden for the first time, by car, I really didn't expect to see that many of them. But Swedes seem to like their woodwork housebuilding tradition and unique red color (called falu red) so much that even when they build new houses, they paint them in exactly that color.

The best and most beautiful Swedish houses can be found in Småland. Well, I'm only saying that because I live there and obviously want other people to come here and experience the beautiful nature and landscape with those cozy houses. Many Swedes actually agree with me. They say “The real Sweden (meaning the typical) is in Småland”.

There are nearly 600,000 summer houses in Sweden. And more than 50 per cent of the population have access to one through family or friends

You already have a house, an apartment in the city. A quite ok income. Consider investing in a, sommarstuga, summer house.
Sommarstugor are very popular among Swedes who rather stay at home for summer. Many Swedes who live in the city, in a fancy apartment, have a summer cottage they can easily arrive within an hour. Those houses are usually situated at the coast, forest near a lake, very simple sometimes with a utedass, outhouse, a toilet outside the main house.  The most expensive Swedish summer houses can be found on the islands of Stockholms skärgård, archipelagos.

Simple summer houses aren't too expensive either. You can get very simple ones for about $50,000, including the land they are built on. But don't be to picky in this price range, and try to find a friendly Swedish neighbor who would like to help you with the renovation.

Why Swedes have a summer-house culture

Many years ago, when there were no highways in Sweden and connections by plane or train didn't exist, Swedes had to find a way to go on vacation without spending half of their holiday time on the way to the destination. They took advantage of the cheap and widespread land and the plentiful construction material, wood, just outside the door, to build their sweet little red houses.

So, dear soon to be Swede, got some extra kronor put aside? Buy your own sommarstuga!

Check out on Amazon!