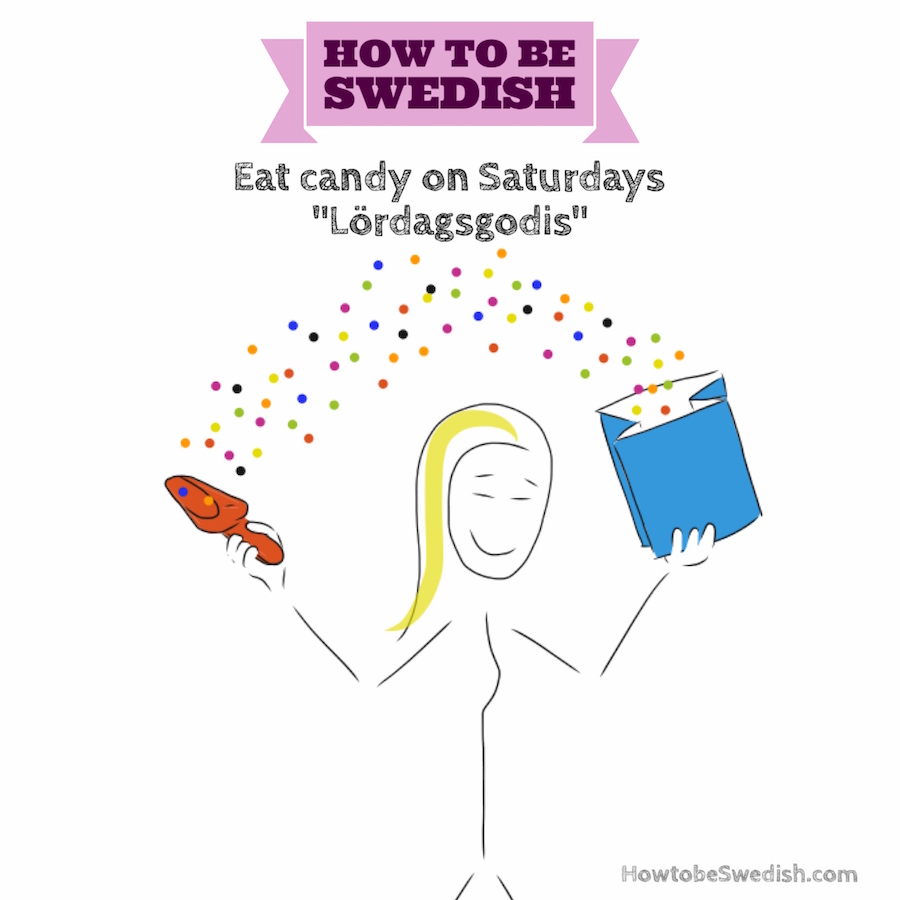 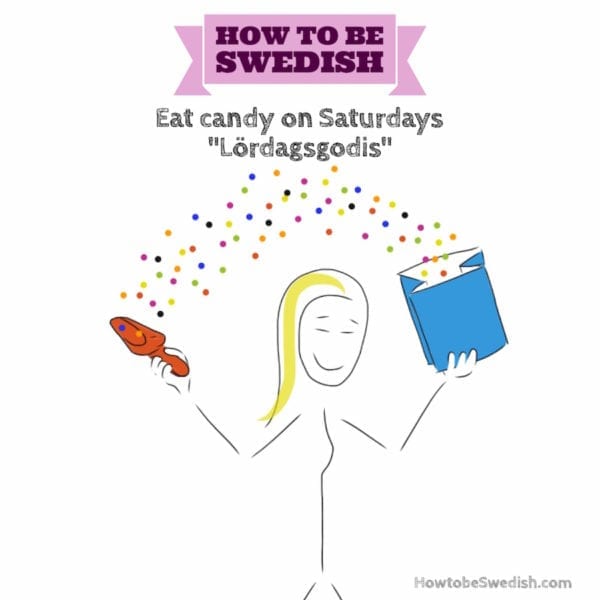 Sugary food is popular all over the world. Almost everyone loves to eat a piece of chocolate or colorful skittles. So do Swedes. They actually have the highest consumption of candy in the World. 17kg, that's the amount of candy (including pastry) you'll have to eat to become like an average Swede.

But most Swedes, particularly the younger ones, are not allowed to eat candy whenever they want. Swedish parents prevent children from eating too much by adapting a rule they themselves learned as children. Sweets (preferably) only on Saturdays.

The concept of eating candy on Saturdays is called “lördagsgodis”, literally Saturday's candy, and very popular among Swedes, not only on Saturdays

Having lördagsgodis is very similar to the concept of “helgalk”, when Swedes allow themselves to have one or more drinks and get rather drunk on the weekends. Eating candy or drinking alcohol during the week is not ok in Sweden. But it's totally fine to shuffle 1 kg pure sweets into a paper bag on a Saturday and then flush it down with a couple of Vodka shots.

Some inventive Swedes found out that this can be combined in a more pleasant way. They put candy into Vodka bottles to let them dissolve and turn the drink into a sweet colorful cocktail. Wanna try it out? Just make sure to get your headache pills ready!

But before you go to a Swedish supermarket next Saturday, there are a few things you need to know. Here is a list of candy Swedes like a lot and an instruction on how to attain them.

How to get prepared for you candy consumption in Sweden

To get your sugar dose, you first have to find the godisvägg close to the cashier in your lokal supermarket. Godisvägg is the “candy wall”. It's usually opposite the “chocolate shelve”. Together they form the “sugar canyon”. Before that you'll have to pass deep freezers filled with ice cream. Those 15 meters will certainly put your food discipline to a hard test.

So, dear new-Swede, start eating sweets and candy on a Saturday so you get less bad conscious than on any other day of the week. Say hello to the lördagsgodis routine!

For more ways, how to act like a Swede, read the book: How to be Swedish – A Quick Guide to Swedishness – in 55 Steps, here on Amazon