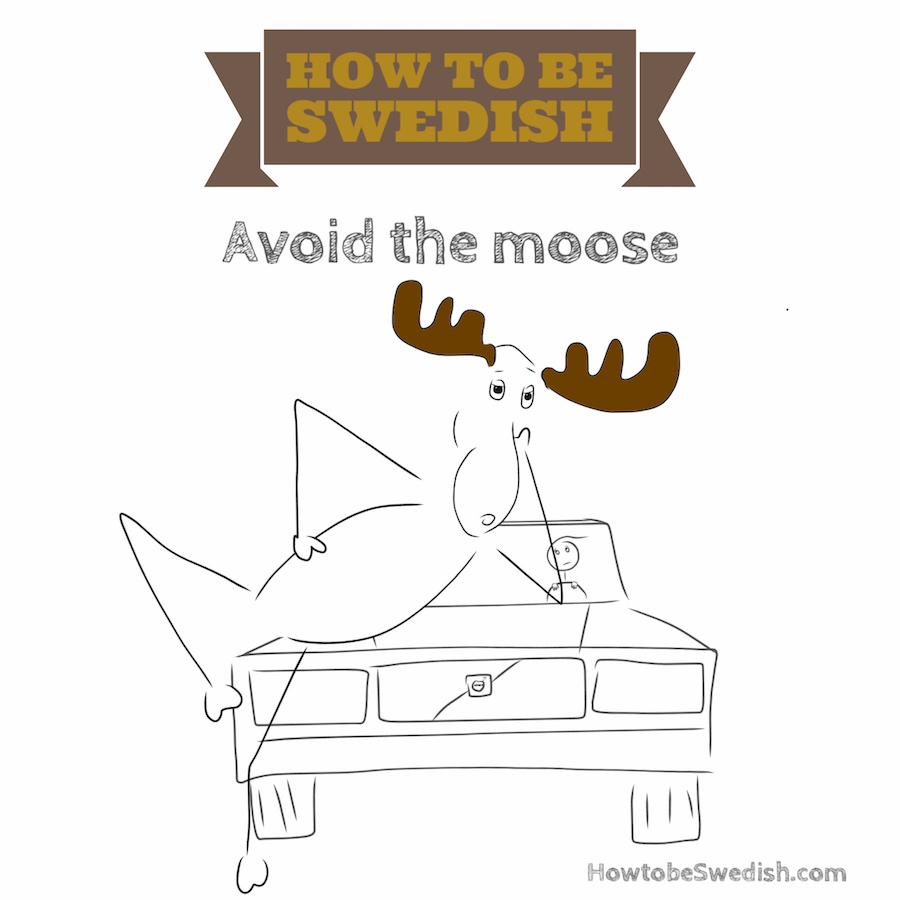 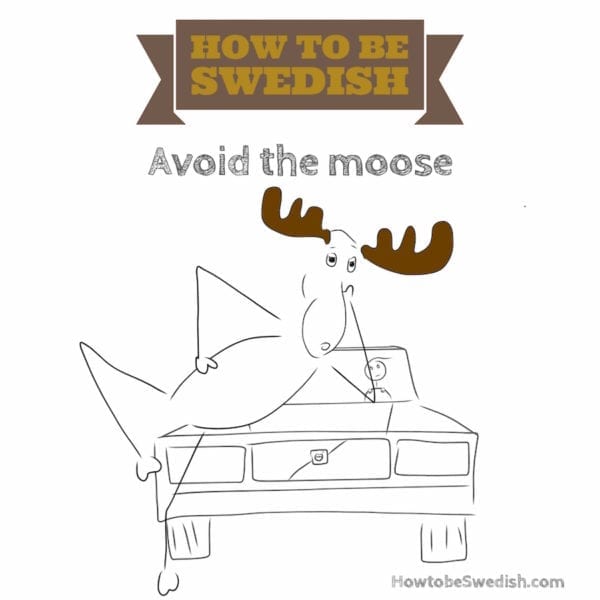 Sweden is a large country. When you drive longer distances on a Swedish highway you will notice high fences along the road.

Those fences are not only there to prevent wild going hunters from unexpectedly crossing the road but also to keep moose from taking a free ride on the bonnet of your car.

Sweden has the highest density of moose per square meter, in the world. But Swedes are not as fond of their national animal at all.

When a moose crosses a street in front of a Swedish driver, the Swede does everything possible to avoid a crash. Germans on the other hand want to crash into one, so they can bring home the horn as a souvenir, which is considered much cooler than just a stolen moose-warning street sign.

Crashing into a moose is life threatening. Their hight and weight can cause serious damage to cars and their passengers. It's recommended to drive around a moose instead of trying to drive right through it – as recommended with a deer or wild pig.

The moose is the biggest land animal in Europe, alongside the polar bear

Also, if you go for a walk in the wild and see a moose, keep some safety distance! Although they are usually a bit shy, they might attack you in order to protect their little calves.

Since moose are very reproductive, Swedes organize a yearly älgjakt, moose hunt. About 50% of the älg-population is then getting shot. And about 0,0015% of all Swedish hunters.

Moose have almost the same desire for alcohol as Swedes. Since moose are not welcome in bars and nightclubs, their only option to get drunk is eating fermented apples. Regularly, news articles report about some moose getting stuck with his horns in some apple tree.