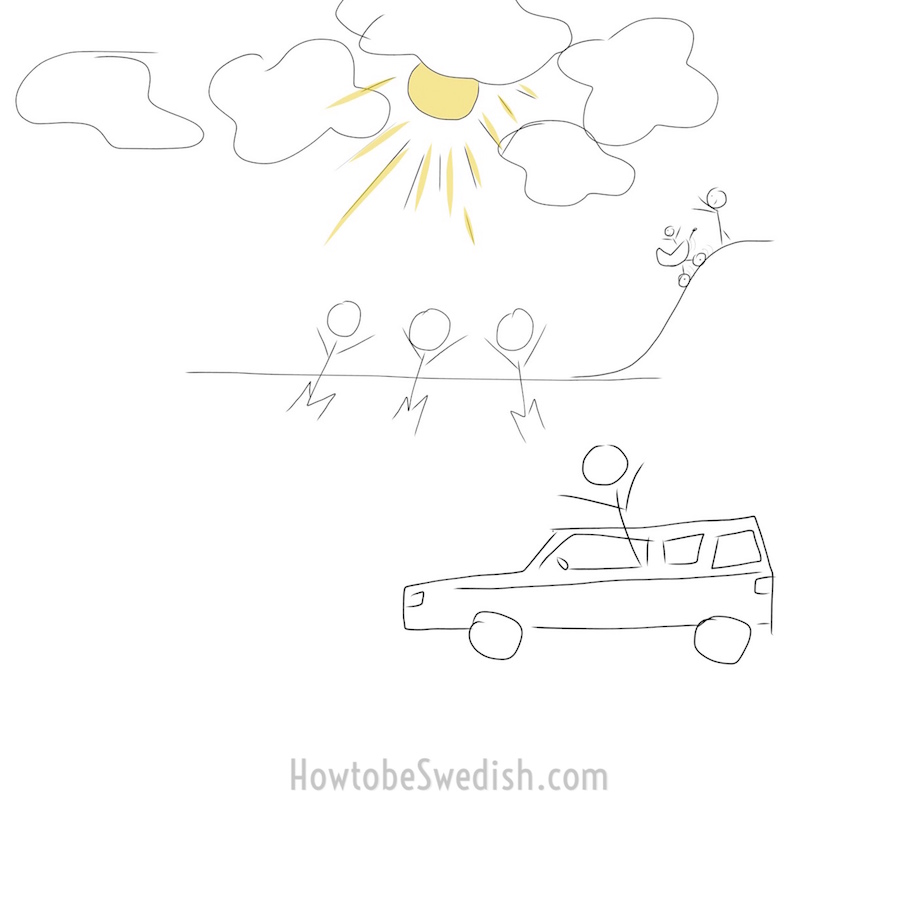 Swedish summers are short but impressive

No wonder Swedes rush out to catch even the tiniest amount of sunlight during the summer season.

Summer is considered the most precious and beautiful day in Sweden

Summer only makes a short appearance in Sweden, especially in the north, it normally doesn't last longer than a few days in July. The seasons before and after summer are called vår (Spring) and höst (Autumn). But you won't hear these words too often in Sweden. Due to an even shorter appearance than summer they play only a subordinate role in the Swedish consciousness.

As soon as summer begins, Swedes all together start competing against each other who’s going to be the one with the darkest tan in office or among friends.

What happens when the sun is shining in Sweden

Once the clouds disappear, Swedes take any opportunity to take a break from work, go out and sit down on even on the smallest piece of grass between the office building and car park. With a coffee or smoothie in their hand, Swedes enter a meditating state, praising the sun for delivering warmth and refueling the body with vitamin D. For Swedes having a sunbath as soon as the sun shines isn't unusual, even if the temperature didn't rise over 5°C/41°F.

When Swedes pick their cloths for the day, they don't consider the outside temperature, but rather whether the sun is shining or not

Important to know: If you want to invite your Swedish friends on a sunny summer day, be aware that Swedes will reject any leisure time activity that doesn’t take place outdoors.

Umbrella heaters and blankets help keeping Swedes warm and roasted when they drink their coffee during the day or in the evening rosé.

Walking around in Sweden with red, sunburnt skin, isn't considered a sign of stupidity. Swedes think “I totally understand you” and believe you performed well, reaching highest possible levels of sun intake.

Sun has a very pleasant effect on Swedes. They suddenly start to talk while socializing

In other words, Swedes are their ideal selves during summer time.

To be Swedish you also have to adjust to this sunlight obsessive behavior and expose as much skin to the sun as legally possible!