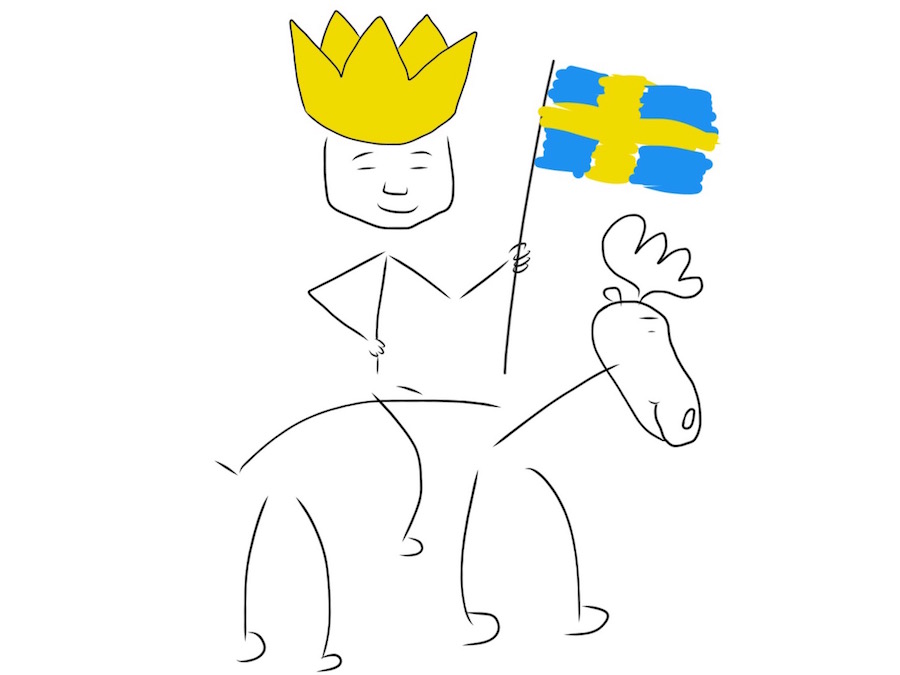 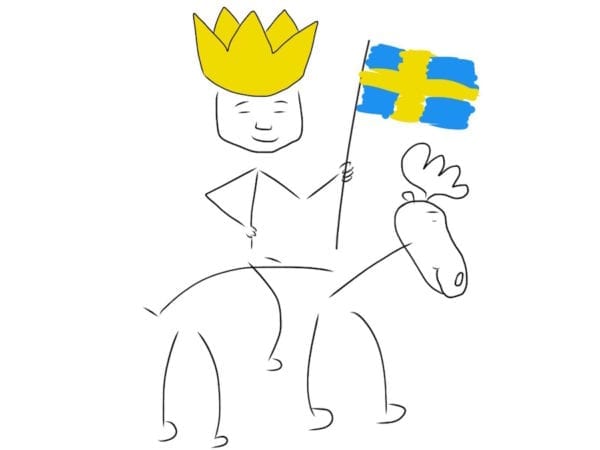 Sweden has been a constitutional parliamentarian monarchy since, well, a very long time. Which means there is a constitution, a parliament, elected by the Swedes, and a king – or, at some point in the future, a queen.

At the moment the official head of state is King Carl XVI Gustaf (‘Carl Gustaf the sixteenth', or in Swedish ‘Carl den sextonde Gustaf'). He has no political power. However, every four years he inaugurates the newly elected parliament. A parliament that he has no power to have any influence on. Even less power than the normal Swede, since he is neither allowed to express his political opinion publicly nor given the right to vote. At least he gets some compensation by having yearly – on the 10th of December – the opportunity to join a glamorous dinner and hang out with some of the world's smartest people and give them a nice prize, called the Nobel prize – you might have heard of it before.

Be Swedish – discuss the royal family

Sweden is a country full of equality-minded people. Everyone gets a fair share of the fruits which Swedish society has accomplished. Most of what's received will be paid back in the form of high taxes, but that's something I go into depth with in a later post.
You, being a new-Swede, you should start liking the royal family while being sceptic about anything that enables someone to inherit wealth, power and privileges in any way. In conversations be able to state in one sentence how outdated monarchy is, and in the next that you think crown princess Victoria will make an excellent queen.

When talking about to the main duties of the Swedish royal family, you or one of your Swedish conversation partners will say a sentence that contains the following words: ‘dela ut pris och klippa band‘, basically meaning ‘awarding prices and joining ribbon cutting ceremonies‘. If your Swedish buddy didn't say it after three minutes, it's up to you to.

Back in the early 19th century, Sweden ran out of kings. Which is why powerful Swedes decided to do a king-casting. Because back then, cultural imports from France were very much en vogue, they headhunted a former officer of Napoleon's crew, a guy called Jean Bernadotte. This explains why until today the Swedish royal family doesn't carry a more typical Swedish last name, like Johansson or Lövgrenqvist or something like that. Bernadotte sounds more fancy than Bergström, doesn't it?

Members of the Swedish royal family

Since the prince and princess couples are rather newly married, new royal babies have recently been popping out in regular intervals. Oldest of them, following the crown after Victoria, is her daughter Estelle.