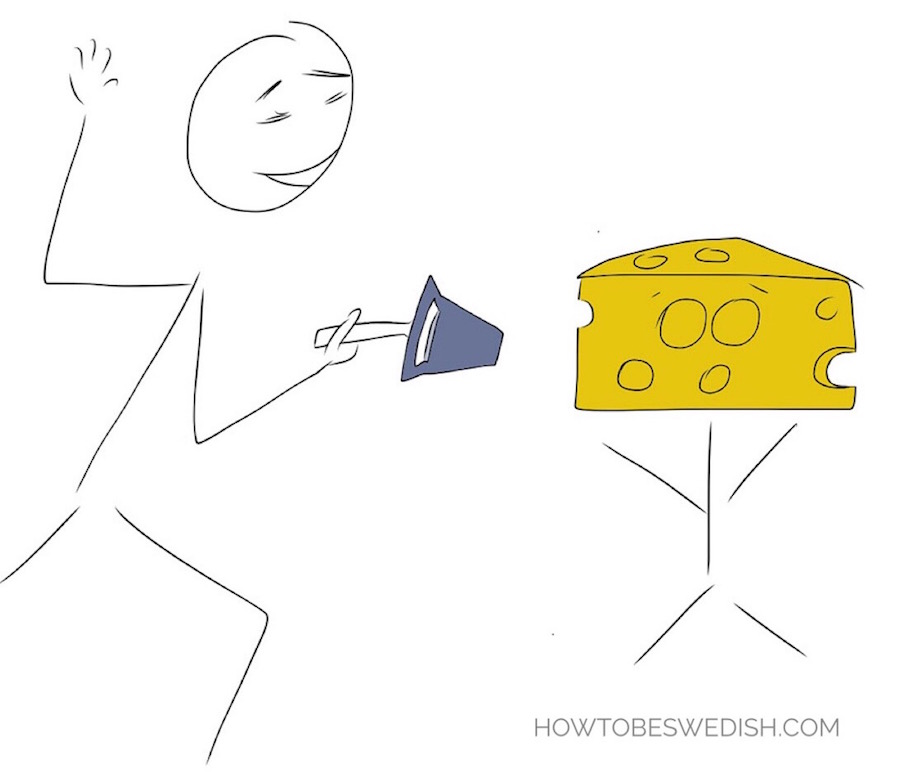 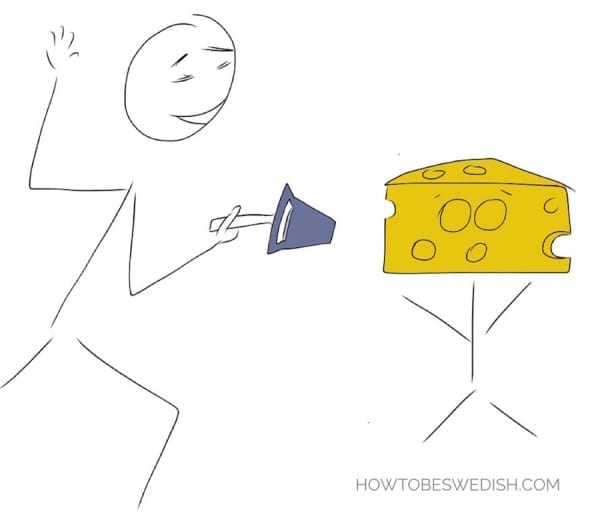 You have arrived in Sweden, bought comfy bed, nice curtains an oak table and timeless cutlery. A Swedish friend is over for a visit. You ask if she is hungry and wants something to eat. If she is hungry and a close friend she might even honestly reply “but only something little, maybe an ostmacka, tack“.

You put the bread, butter and a piece of cheese on the table, next to a knife, a normal knife. What you will experience now, is an expression of confusion on the face of your Swedish friend, wondering “How the hell am I supposed to slice cheese without a proper osthyvel?” Of course she would never say it these offending words, conflict avoiding Swedes never do that. Instead she kindly asks if you, by chance, could give her a cheese slicer.

A Swedish kitchen is not complete without an osthyvel! So go and buy one!

Swedes are proud of their osthyvel. It has been invented in 1925, by a Norwegian, unfortunately. However they consider it as such an important part in their everyday cheese consumption habits that they created a statue in its honor, a landmark in Northern Sweden, a gigantic osthyvel.

Do you really need a cheese slicer?

Of course you don't have to use one to slice your cheese before carefully arranging the slices on your knäckebröd. Actually, if your coordinative skills aren't trained too well, it might be a good idea not to put the inner side of your left cheese holding thumb into danger. Imagine you put a little too much pressure while slicing, slip, and … ouch!

But since you want to be more Swedish, put some effort and practice into it and next time a Swede dines at the table with you, you can show off how Swedish you have become.

So be brave! Be Swedish! Learn how to slice cheese with an osthyvel, without ending up in hospital!