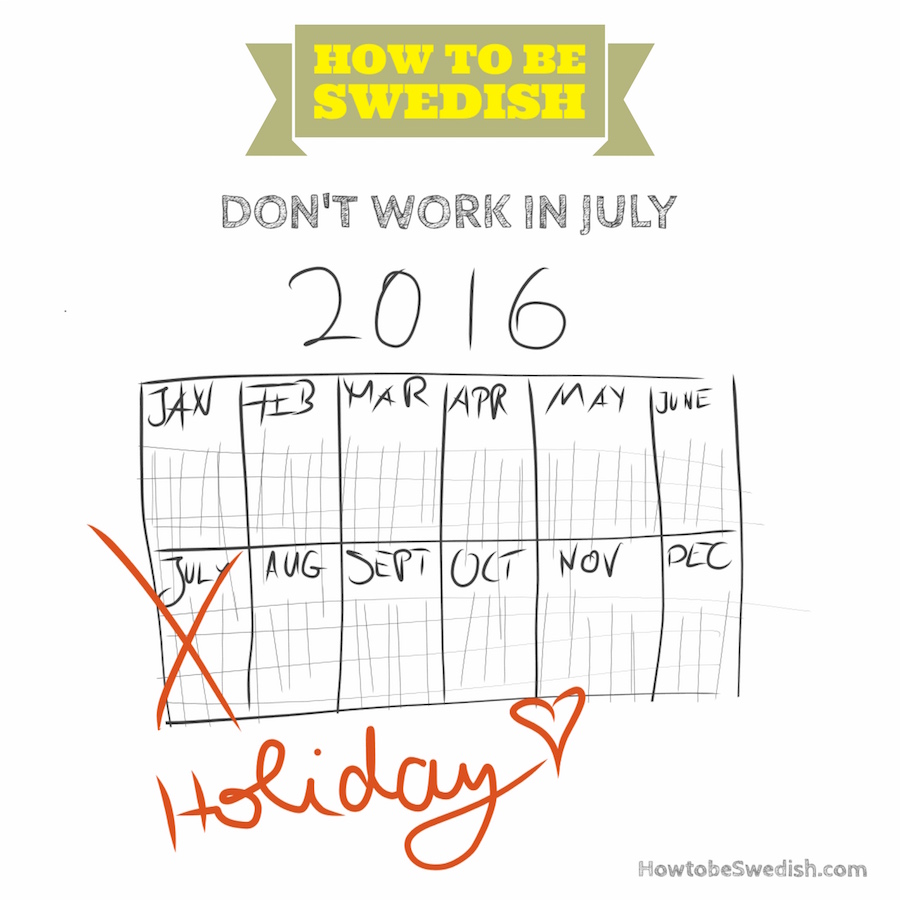 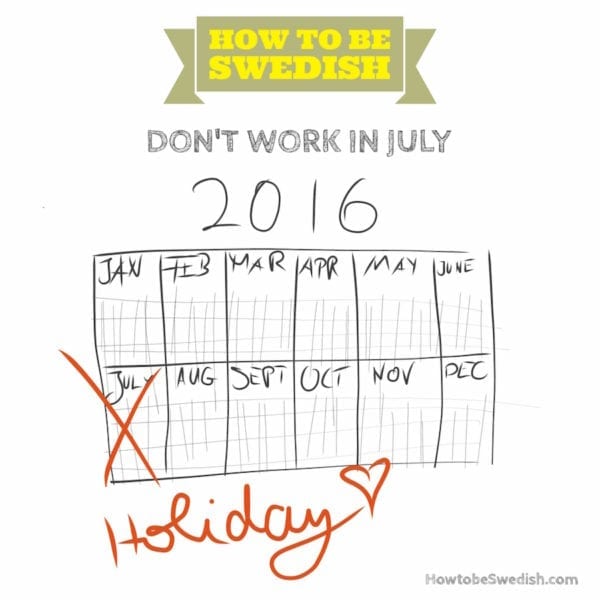 Why work when no one else does?

Take your holiday in July

During the months of July, whole Sweden seems to go on holiday.

Some stores are closed, so are a few hospitals – no reason for Swedes to get ill when the sun is shining – and even some police stations shut down entirely – no crime to solve when criminals are on vacation as well.

Don't work in July, unless you're under 25 years old. Then you may have a summer job to replace all the sun-seeking holiday-Swedes. That means, during July, basically whole Sweden is steered by teens and tweens.

Why holiday in July?

Because Summer in Sweden is so short…

Swedish summer is the most beautiful week of the year

When a Swede tells you “I had a romance that lasted all summer”, it possibly wasn’t more than a one-night stand.

Swedes haven't been at war for over 200 years. Why?
Because someone told them, they also would have to fight during the month of July. Inte okej for Swedes. They insist on traveling to Thailand or spending several weeks in a row in their sommarstuga.

If any country ever contemplates invading Sweden, they surely will do it during the month of July