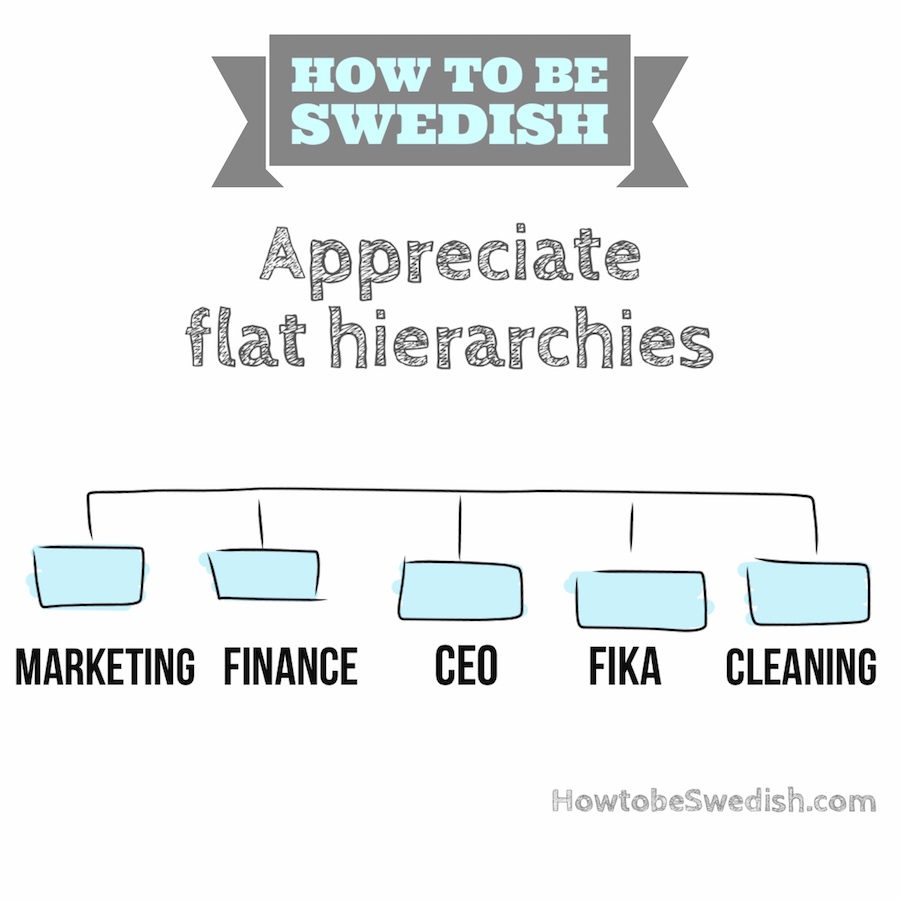 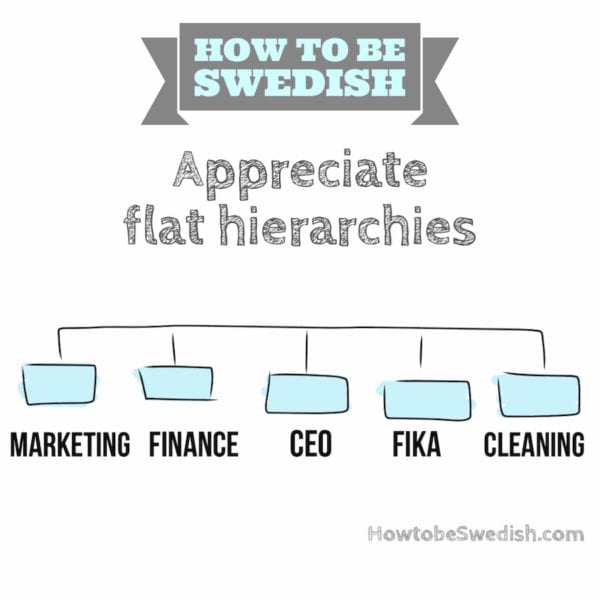 What you've just read could have been a daily conversation between two Swedish friends or colleagues. But not only that. It also could  have been a chat between a professor and one of her students. Or a cleaning staff member, emptying the garbage can in the office of the CEO.

Hierarchies in Sweden are as flat as Skåne

This could be an appropriate way to describe Swedish hierarchies. Skåne is a region in southern Sweden that is indeed rather flat.

How to address Swedes

A good indicator for flat Swedish hierarchies is the way Swedes address each other in conversations. Whenever you meet a person person with authority in Sweden, you address him or her by their first name. No Mr. Johansson or Mrs. Lundgren. No Professor Ericsson or Doctor Börjesson.

The only exception: members of the Swedish royal family still like to be called by their title. Say “kronprinzessan” (cown princess) instead of “Victoria”, if you happen to bump into her during a sightseeing tour in Stockholms old town.

Don't understand this social rule wrong! Swedes may be less formal in their communication, but it doesn't mean they also are closer to each other. Just because you name people by their first name, it doesn't mean that you have no respect and that you immediately can act like friends.

Swedes communicate closeness rather by the choice of topics they talk about and how much personal information they reveal to you.

On a Monday morning at the office, you might welcome your boss with “Hej Håkan”, but you better not tell him about your terrible hangover you had yesterday.

What it does, it creates simplicity and a more welcoming atmosphere. It's easier to communicate.

To become more Swedish, you have to get over your fear that it might be perceived as disrespectful behavior to address your boss with Ann-Sofie. She is used to it.

Swedish people don't collect titles as eagerly as in other countries. Only a few Swedes can actually be perceived as show offs. (To observe those, you'd have to spend an evening at Stureplan in Stockholm.)

In the Swedish society everyone has the same value (at least that's what they seem to strive for). Of course not all are acting like it. But the idea is there and the majority of Swedes people try to live up it.

This “anti-show-off”-attitude is also based on two more cultural phenomenas or concepts, namely jantelagen and lagom. I will get into those topics in a later post (sign up for the newsletter, here).

Advantages and disadvantages of flat hierarchies in Sweden

When employees have the feeling they have an influence on the company, that their opinion counts, overall work-satisfaction is increased.

Also, when bosses don't behave like little dictators and instead treat employees like people with the same value, the whole working atmosphere improves. Bosses with an authoritarian attitude have no good standing in Swedish companies. It's very important to engage communication accross employees and departments, and strive for consensus.

On the other hand…

Swedish decision making can be slow, really slow. No wonder when the CEO considers a cooperation with an Asian supplier but feels it would be just right to also ask the cleaning staff for their agreement. Consensus-seeking bosses may sound like this:  “Peter, what do you think? Shall we cooperate with that Asian company with the name I can't pronounce correctly?”

So, dear soon to be new-Swede, if you talk to your boos in a Swedish company or whenever a policeman stops you, it's ok to say Robert or Josefin – if those are their names, of course. And don't forget to give some positive feedback ;)