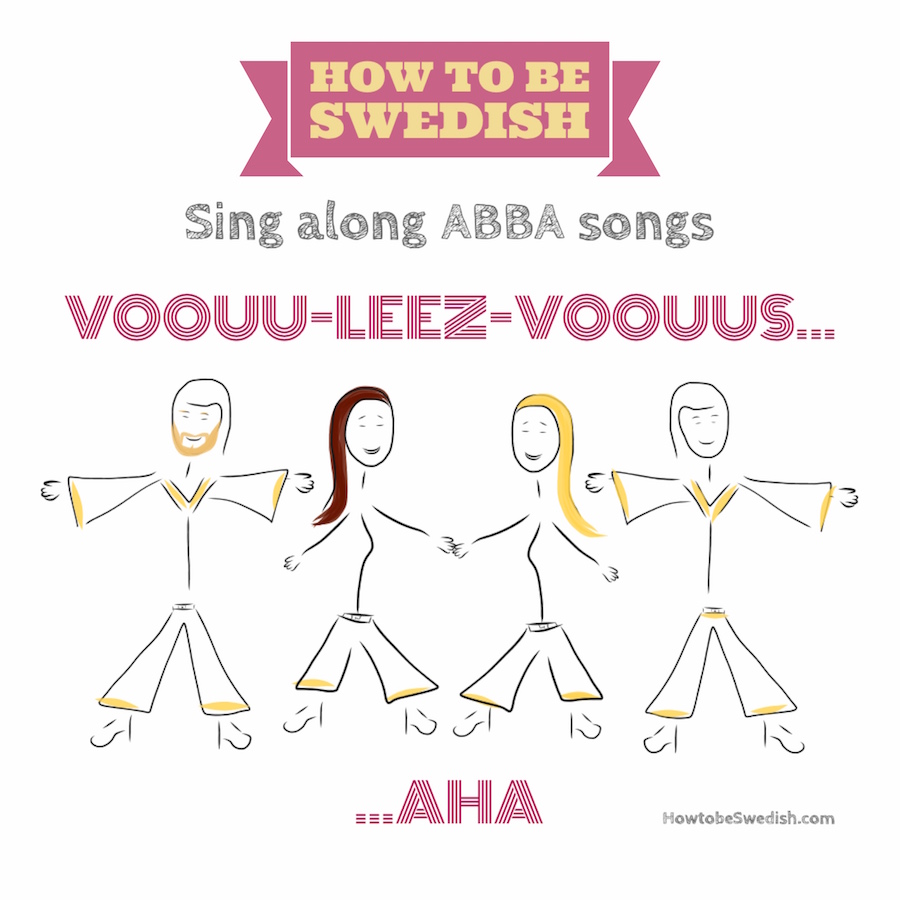 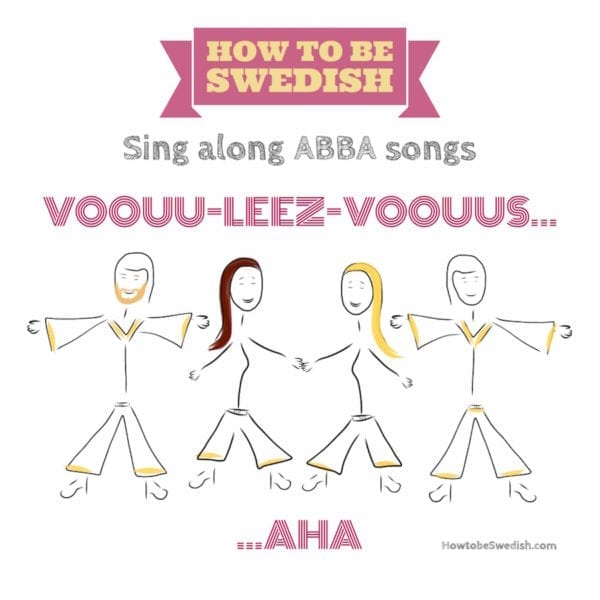 Have you ever heard of ABBA? Of course, you did! Stupid of me to even ask that question.

In case you didn't, ABBA is a music band from the 70's and 80's which has reached great international success. They even won the Eurovision Song Contest in 1974, with a song called “Waterloo“. Until today, their songs are played all over the world on the radio and on parties where people like to dance.

Whenever you talk to another Swede about ABBA, you should know the following facts

Although they declined this immense amount of money, they still wrap their work in different ways and thereby make a few Swedish Krona and keep their songs in the peoples' memory. In the 90's they promoted a cover band called A-Teens. There was also a movie called Mamma Mia, based on a musical with the same name.

You don't need to know the A-Teens songs or have been to the musical. But I strongly recommend you to watch the movie. Every Swede has. That's why you should probably too. Just don't expect too much from it. It's mostly mature people singing ABBA songs. Then young people and old people get married while singing ABBA songs. Then everyone is in a good mood. Including you.

Since many Sweden-tourists have a big interest in ABBA and a wide open wallet, an ABBA museum has been built in Stockholm's old town, where you can see old ABBA dresses and other sparkling things.

They even installed a telephone that ABBA members ring once in a while and talk to random visitors. What would you ask or say, if you would happen to stand next to the phone when one of the As or Bs called?

Sing along an ABBA song

ABBA songs have simple lyrics which makes them easy to remember. Ideal to sing along while driving or cooking. As a Swede you might even experience that you find yourself  on a party, the people around starting to sing along (or rather shouting) the lyrics of, say, Gimme Gimme Gimme. To perform better during those occasions, you might consider training your voice playing one of the ABBA Singstar games. Alternatively, play the album ABBA Gold in your car when you're on a longer trip. Since I started doing that my lyric skills and party-singing performances have improved immensely. ;)

With other words, there's a lot of ABBA stuff going on in Sweden. Don't feel embarrassed just sing-along!