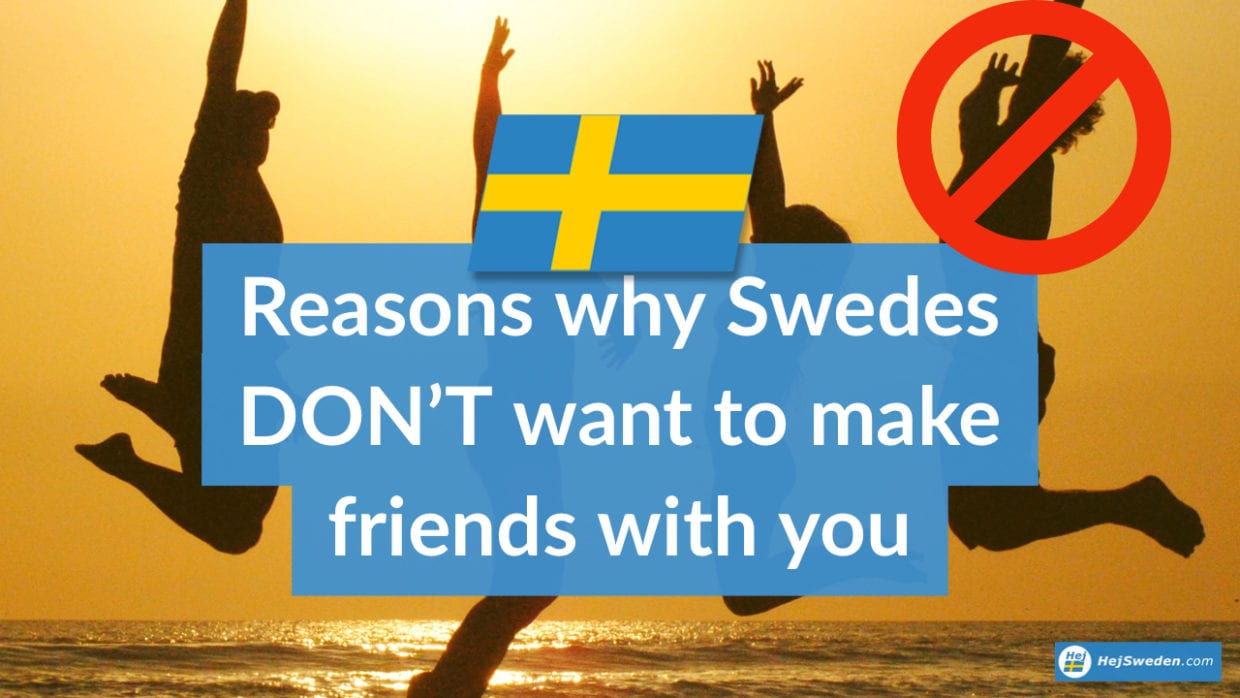 You have moved to Sweden. You have spent a couple of weeks or even month in this beautiful country. You found an apartment to live in, a job or university where for your studies. But you noticed that the major part of your friends are still internationals. You would like to connect with Swedes as well, but you get the impression that Swedes might shy away from hanging out with you.

No worries, it's not you (probably), it's more likely that they have other more general reasons why they might not want to become friends with you.

Here are a few thoughts and considerations Swedes shared with me when I asked them why they can be a little distant or try not to open up that much to new people from other countries compared to other Swedes.

15 signs you're an immigrant in Sweden

Even if you're not a massive weirdo, here are some of the possible reasons why Swedes still might not want to make friends with you …

Swedes might think, “why should I make friends with someone who moves away in a couple of months or weeks anyway”?
If you intent to stay in the country, show it early in the conversation.
I have received the question how long am I going to stay in Sweden many many times. I know, it sounds a bit like “when will you finally leave again” but usually they just want to know how long you'll be around in order to find out whether it's worth building a friendship with you.

Not understanding the language

You speak English. Swedes might find you entertaining or interesting, but then, after a while, Swedes meet with other Swedes and want to speak their own language. Sorry to break it to you, to really get to know a Swede (and the Swedish culture) you need to understand their language. You at least want to be able to follow the conversation when you are at a birthday party or at a casual meeting at the office.

How to learn Swedish fast – my top 10 tips

Although your understanding might be good, if you still lack the ability to express yourself fluently, Swedes might assume your Swedish is just not that good and they will feel they have to limit their talking speed and reduce their language and topics of their conversation to an easily understandable level – in order to be polite. Then, sometimes, they just want to talk without actively having to think about what and how they say something.

Not the same cultural background/experiences

When you make jokes with your friends you might refer to a TV show that you have seen in your childhood or to a local music artist or dish you ate in preschool every year before Christmas. This is a little of a drawback when you're in a group of Swedes and they make a joke (or want to make one) and think that you might have not be able to understand it. This is nothing you can address quickly, it just takes time (years) of living in Sweden to finally understand who Lasse Kongo is and which comedian they refer to when they speak about Sveriges roligast man “Sweden's funniest man”.

Find out how to make friends in Sweden. And learn what you should and shouldn't do to get Swedish friends, here, in this post.