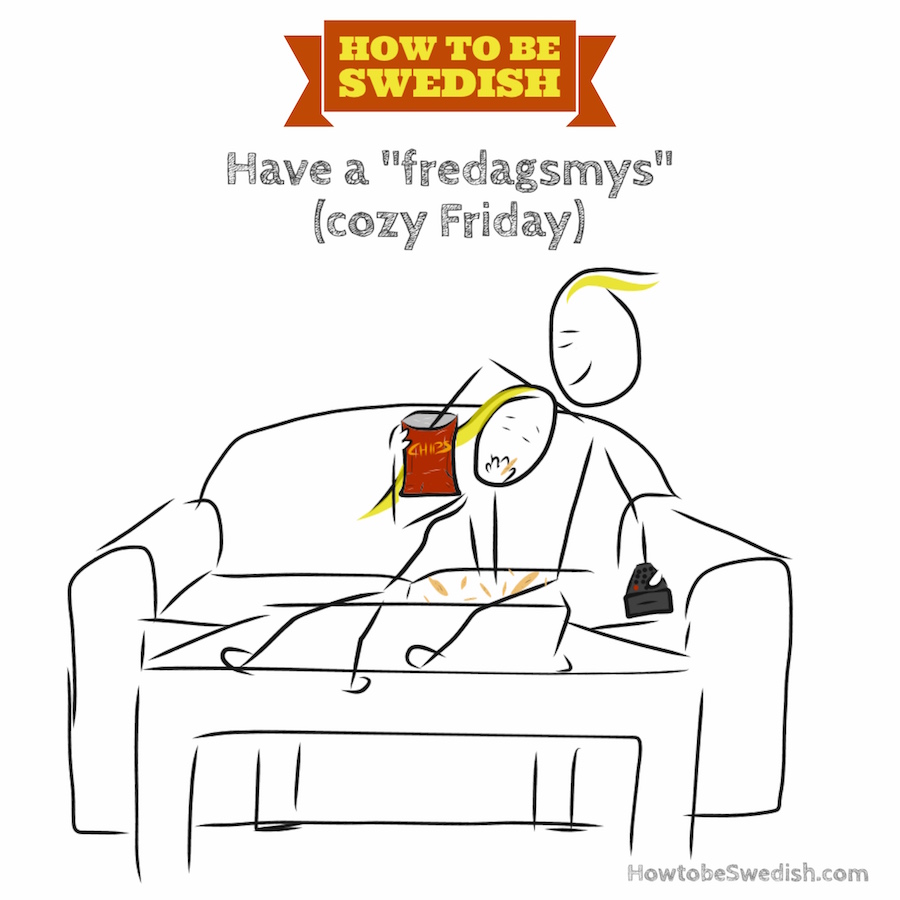 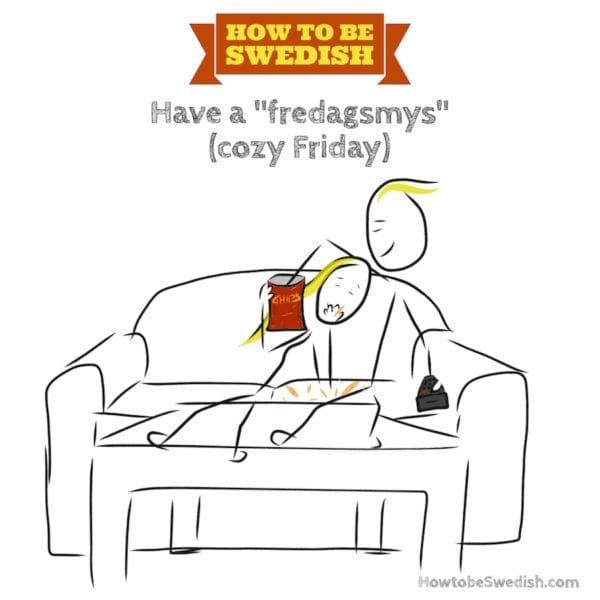 Swedes take their work very seriously. They come in time. They leave in time. To get some recover from a stressful workweek some Swedish people decided to introduce a relaxing activity on Fridays, called fredagsmys, literally “Friday cosiness”.

Finding the right food for a (hopefully) romantic and relaxing Friday tends to be less difficult than finding a TV show or movie both parts agree on. Not too long ago, you could observe Swedish couples standing in front of a shelve at Hemmakväll (DVD rental) and hear an annoyed man saying to a woman “You said I can decide” after she replied to all his suggestions with a “Näääh“. Nowadays, these discussions have moved to the sofa, from where Swedes just download or stream.

Important: Don’t forget some crunchy snacks! Chips are widely associated with a Fredagsmys in Sweden. Rumor has it that a chips producer (OLW) came up with the idea of fredagsmys to promote their snacks. Their TV advertisement was underlined with a catchy melody that every Swedes knows “Nu är det freeedagsmyyys… “. Just ask a Swede and they will hum it for you (with slight embarrassment).

So, dear new-Swede, it's Friday (soon), put on your comfy sweatpants and gather with other family members or your partner in front of your TV and satisfy your need for snacks, entertainment and cuddling.

For more ways how to become more Swedish, read the book: How to be Swedish – A Quick Guide to Swedishness – in 55 Steps, now on Amazon