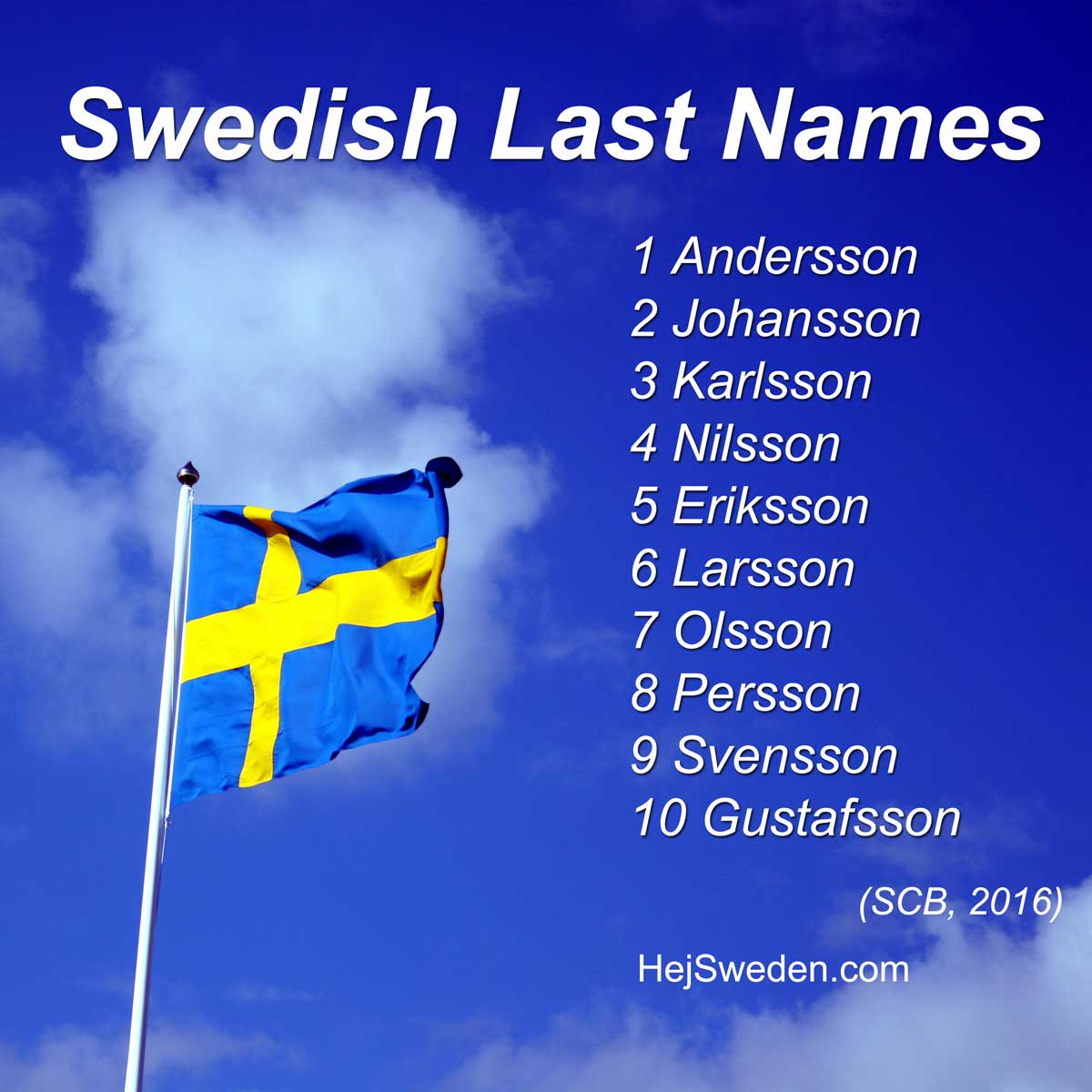 One third of all Swedish surnames end with –son. Svensson, Johansson, Gustavsson belong to the most common last names in Sweden. (Source: SCB.) Those names are so common, that you can expect to find at least one of them on a door in each Swedish apartment building. If not there, then at least on one of the mailboxes of the houses next door.

Read more about names in Sweden

The 100 most popular surnames in Sweden according to SCB, Statistiska Central Byrå, (counting day 31 December 2019). Here are the Smiths, Johnsons, Williams and Jones of Sweden.

Minor name variations, such as Karlsson and Carlsson are collected under the variation that is most common. For example, the amount of Carlsson is added to Karlsson.

Why So Many Swedish Surnames End with “-son”

Until 1901, it was very common that a patronymic was used when people received their last names. This means that the first name of the father is the base for the creation of a person's last name. For example, was your father's first name Anders, your last name would consequently be Andersson, “Ander's son“. This was the case even if your father's surname was totally different, like Pettersson.

1901, a new law prohibited this procedure. And since 1982 it is allowed (again) to use a patronymic or matronymic, meaning you can use your mother's first name as your last name nowadays. This is not uncommon in Iceland. E.g. …dóttir, dóttir meaning “doughter”. But still not very common in Sweden though.

The following words appear often in Swedish names and refer mostly to nature.

Swedes have a special relationship to nature. Maybe that is the reason why so many Swedish names are related to it.

Swedish Pronunciation of the Top 10 Last Names in Sweden

Check How Common Your Name is in Sweden

Would you like to check how popular your name is in Sweden? You can check how many Swedes have the same first name or surname as you. On the website of SCB  you can check any name: scb.se/namnsok