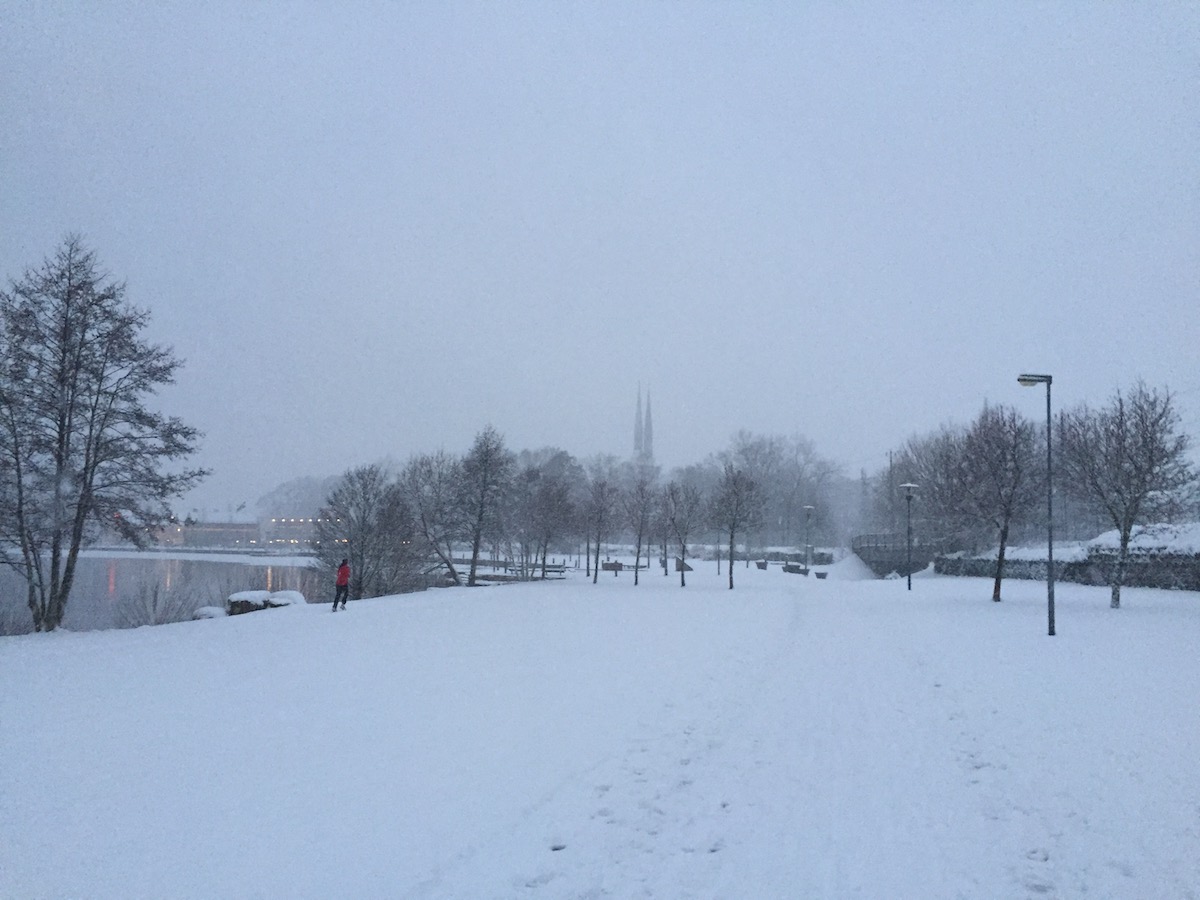 Actually, I do like winters in Sweden. Finally, after a few years of mediocre, rather warm winters, this year, in 2018, cool air and snowy clouds came and stayed for a little longer than usual. But now it's already the middle of March and, watching out the window, there is a big snow storm going on.

I understand that a “good winter” is not only joyful snowballfights, relaxing walks in idyllic landscapes and warm coziness in cafés or at home on the sofa, but also icy roads, slippy pavements and ideal conditions for a flourishing flu.

Apart from that, Sweden isn't that bad during winter times. After writing this article above, I have to admit that – although I do love watching dancing snow flakes and the sound of walking through fresh snow – I am really looking forward to a warm spring now.

What are your experiences and impressions of the Swedish winter? Let me know in the comment section below or tweet me @hejsweden!