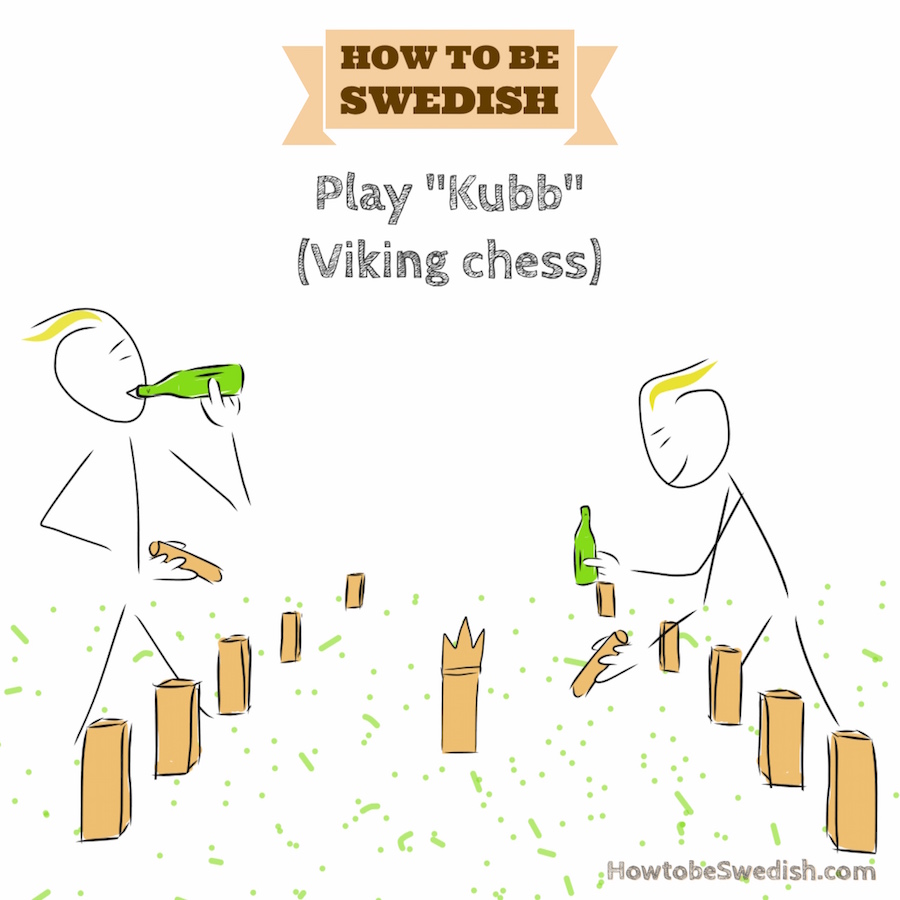 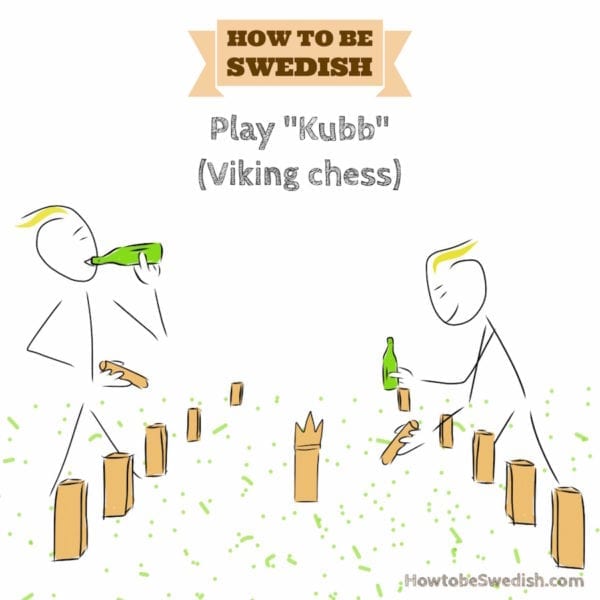 For many Swedes, being outside in the sun, sitting in a “brassestol” (little deckchair), having a beer or cider while having a BBQ is a desirable experience. But it can become a bit boring at times. Swedes want some action.

The problem is, for most lawn activities you have to put your beer bottle or can out of your hand. Swedes don’t want to do that. So they came up with a game called Kubb. A game that allows them to join a competition while engaging in conversations and and holding their drink simultaneously.

What's Kubb all about

Kubb is a rather static game. Essentially, you have two teams, with each team having wooden, square-shaped blocks lined up in front of them. Then you have further round batons that one team throws at the blocks of the blocks of the other team. When all of the opponent's blocks are nocked down, the last step to victory is to hit the King, standing in the middle of the field.

Beware: there’s always some person that argues about how many throwing attempts the leading team has to hit the king.

Kubb is like a blend of volleyball, chess and bowling. But with a little less sweat, brain and grace

Kubb can be played by old and young, sober and drunk. It's little skill but lots of luck that determines whether a baton hits a block after twisting through the air or bouncing on the grass, which is often accompanied by the participants' and spectators' “Ooohhh!” or “Aaahhhh!“.

Sounds like weird game? Well, it takes some time to really appreciate its slowness. Advantage: the rules are simple, you learn it quickly. After 10 min you’ll be almost as good as those who have played it for years. So everyone can join. A very Swedish game then.
So, dear new-Swede, enjoy playing Kubb, your soon to be favorite outdoor/drinking activity with low risk of spillage.

All ‘How to be Swedish‘ posts, here

You can now sign up for the newsletter to get an email notification as soon as the book is released, sign up here!