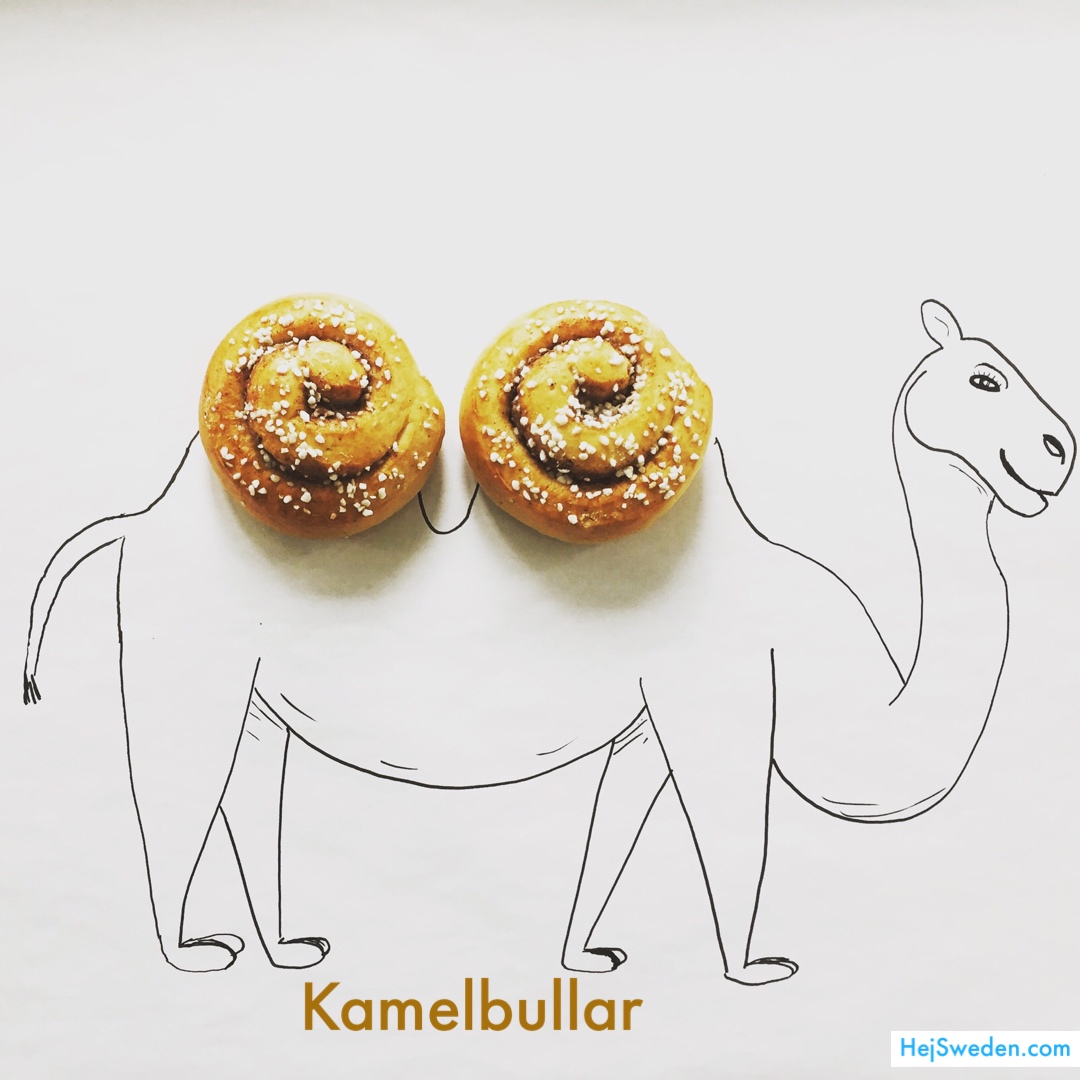 Sometimes, when you stay in a different country with a different language, you see words that might sound a bit funny. Words that you have a completely different association with than the locals.

During my first weeks in Sweden, I discovered a delicious pastry, called kanelbullar, cinnamon buns. Swedes say, they are typically Swedish and an important part of their fika culture.

So, kanel obviously is the Swedish word for cinnamon. But when I heard it the first time I couldn't stop thinking of camels. (Swedish, and German, for camel is kamel. Which is very similar to kanel, isn't it?!) I can tell you that the image of a camel, with all its fur and saliver dripping from it's mouth doesn't exactly increase your hunger for a sweet Swedish kanelbulle. First after several years in Sweden, I managed to not associate camels whenever I was standing in a café, picking a fika snack from the counter.

But here and there, a camel walks back into my phantasy. Slowly, with long steps, in a desert of not sand, but cinnamon and dough. Smiling.

“If someone would actually create a bun that would deserve the name kamelbullar, would it contain meat, fur, other parts of a camel, or simply look like typical elements of a camel?” … is something I wondered about.

Well, here is one version of what popped up in my head when I tried to answer this question that no one has ever asked.

Want to make your own kanelbullar (without fur)? Here is an original Swedish cinnamon bun recipe.